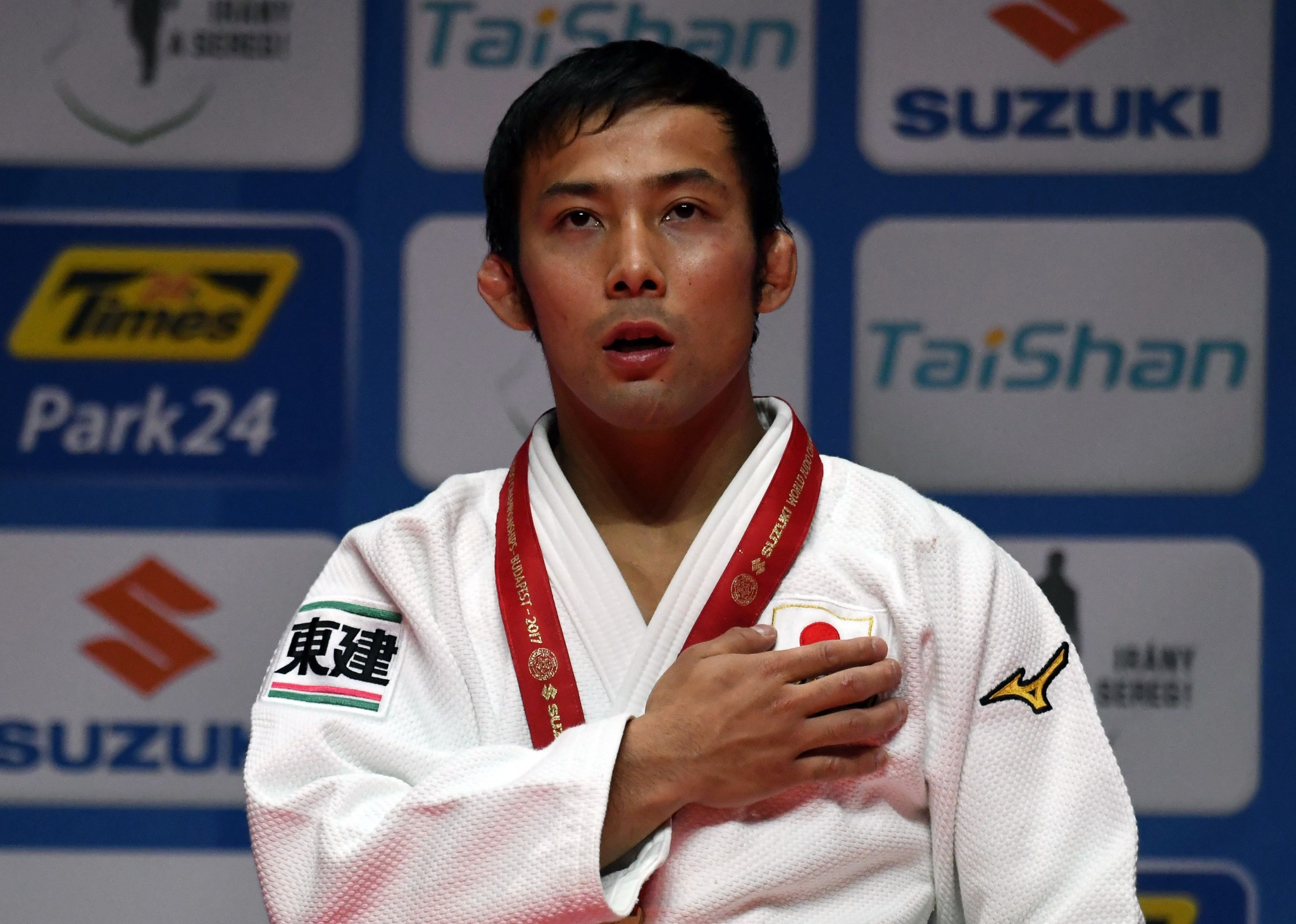 Japan began the International Judo Federation (IJF) World Championships in ominous fashion as Naohisa Takato and Funa Tonaki clinched the under 60 kilograms and under 46kg titles respectively on the opening day of competition here.

The Asian nation sit top of the all-time World Championships medal table and strengthened that position by winning both gold medals on offer today.

Tonaki, the 2015 world junior champion, sealed victory after overcoming Urantsetseg Munkhbat of Mongolia 1-0 in a tense and hard-fought under 46kg final on his debut at this level.

After a nervy opening, where neither judoka was able to register a score, Tonaki finally struck as she scored waza-ari with around 25 seconds left on the clock.

Munkhbat could not respond despite her best efforts as the Japanese held out for victory.

The triumph for the 22-year-old saw her crowned the first world champion of this year's event, due to last until Sunday (September 3).

Many expected her compatriot Ami Kondo, the Olympic bronze medallist, who claimed the world title in Chelyabinsk in 2014, to be among the challengers for the crown.

She, though, was eliminated at the semi-final stage.

The Japanese recovered to clinch the bronze medal by overcoming Serbia's Milica Nikolic.

Otgontsetseg Galbadrakh of Kazakhstan, the Olympic bronze medallist at Rio 2016, was one of the competitors tipped for the title before the event got underway but she was also left disappointed.

Galbadrakh was forced to settle for third place after beating Russian Irina Dolgova in the opening bronze medal encounter.

Following Tonaki's success, Japan looked odds-on to sweep the titles on offer today as Takato was highly-fancied for gold after enjoying an almost perfect build-up to the Championships here.

Takato arrived in the Hungarian capital having won the Paris Grand Slam and Asian Championships and was desperate to return to the top of the World Championships podium for the first time since 2013 in Rio de Janeiro.

The 23-year-old, an Olympic bronze medallist at Rio 2016, looked in good form during the preliminary rounds but faced a tough opponent in Azerbaijan's Orkhan Safarov.

There was little between the two in the opening stages before Takato seized his opportunity with waza-ari with a minute left on the clock.

Having settled his nerves by breaking the deadlock, Takato then ended the contest with an ippon shortly after to claim the gold medal in style.

A further two gold medals are due to available tomorrow as Kosovo's first Olympic champion Majlinda Kelmendi competes at under 52kg.

The men's under 66kg category is also due to take place.

It could include a four-way tussle for the title between Olympic gold medallist Fabio Basile of Italy, world champion An Baul of South Korea, European champion Georgii Zantaraia of the Ukraine and Japanese prodigy Hifumi Abe.