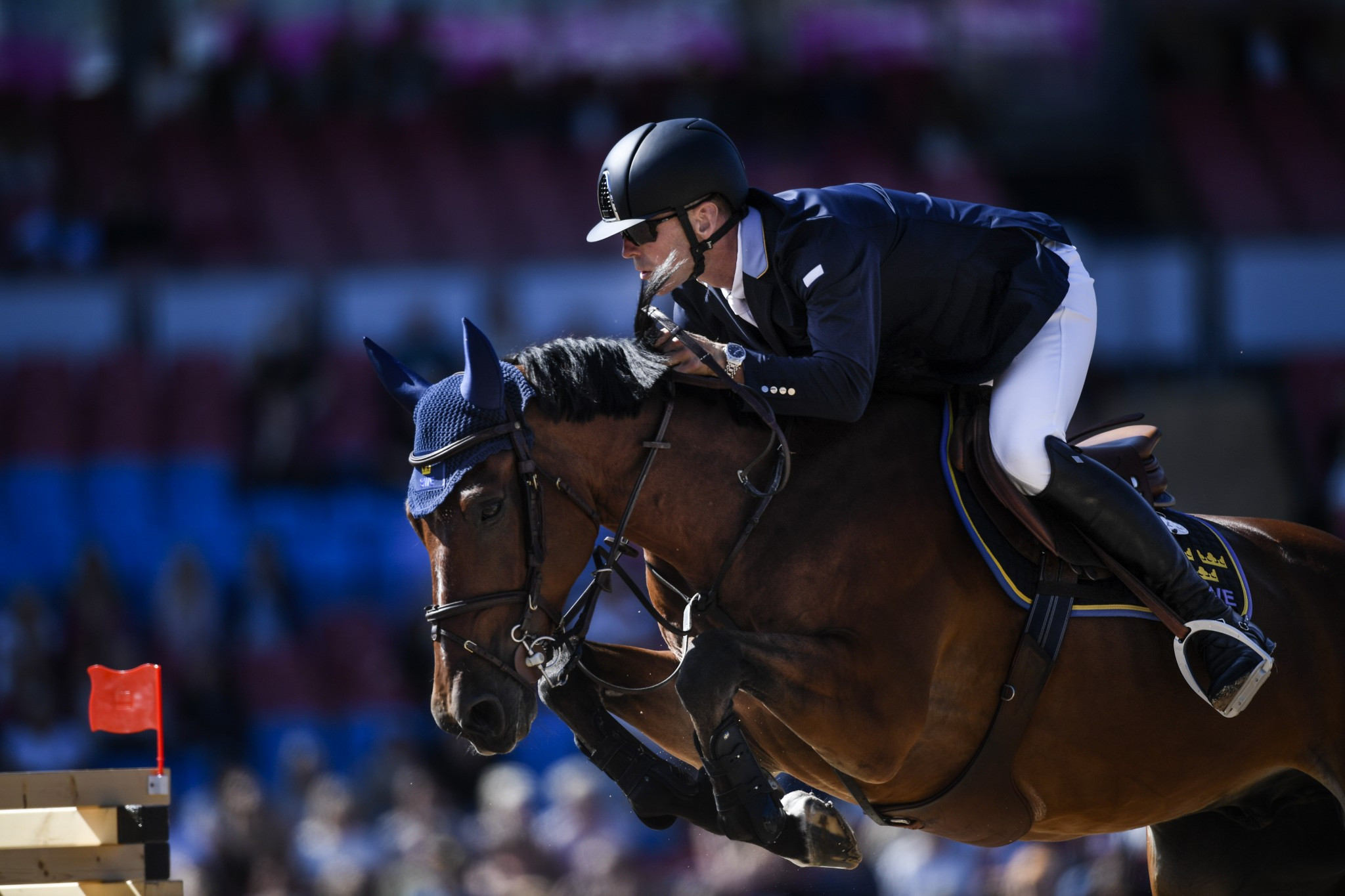 Peder Fredricson knocked down a fence in the final round but still held on to win individual jumping gold at the International Equestrian Federation (FEI) European Championships in Gothenburg today.

The home rider's dropped fence at the death was his only blip across the entire competition, though, on his mount H&M All In.

It came at the end of a week in which the home rider had improved on the form which saw him win an individual Olympic silver medal last year in Rio de Janeiro at the Ullevi Stadium.

Ireland's Cian O'Connor added to his gold medal in the team competition by taking bronze on Good Luck with a score of 6.25.

She completed the cones course in 172.19 seconds to maintain her advantage from the dressage and marathon events.

This formed part of a winning individual score of 150.37 at the Heden Arena.

Chardon combined with compatriots Koos de Ronde and Theo Timmerman to win the team event with a score of 299.73.