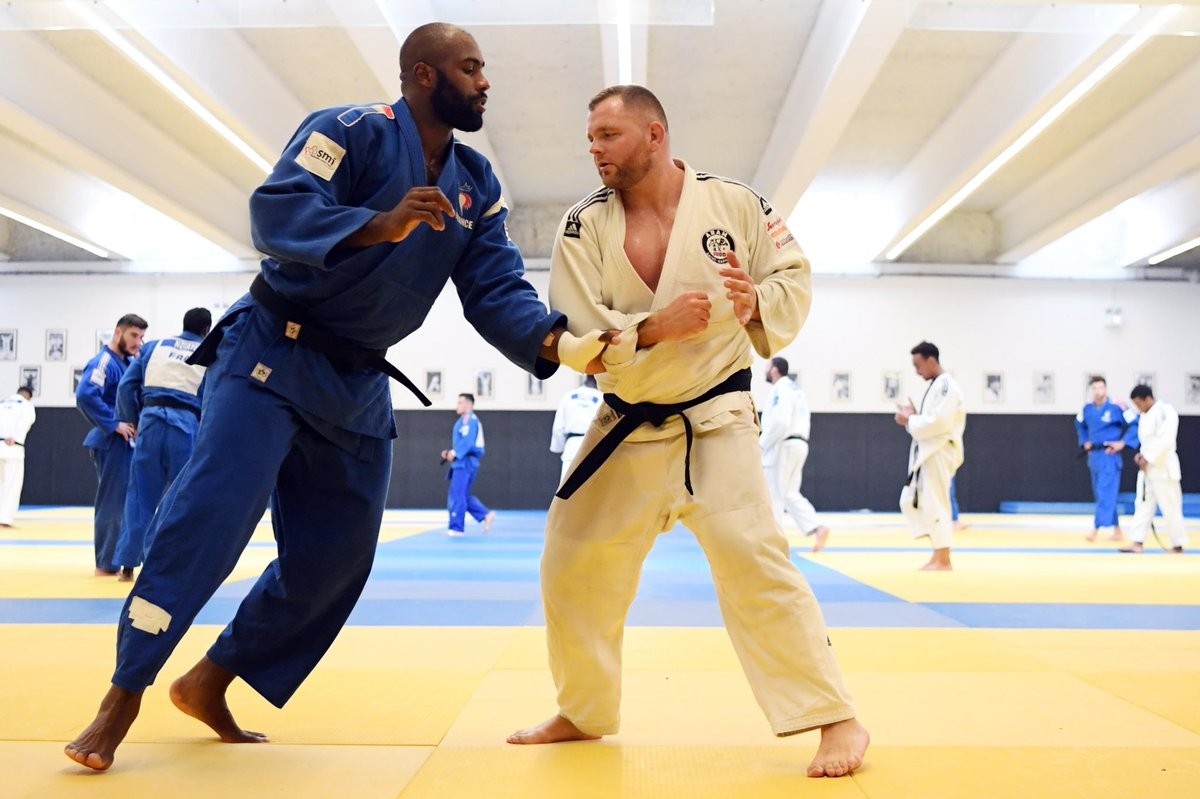 French star Teddy Riner will bid to secure a ninth title and maintain his remarkable unbeaten streak when he competes for the first time since the Olympic Games in Rio de Janeiro during the International Judo Federation (IJF) Suzuki World Championships here.

The 28-year-old has won his last 128 bouts and has not suffered defeat since losing the openweight final to Japan's Daiki Kamikawa at the 2010 World Championships in Tokyo.

Since then, Riner has dominated the over 100 kilograms division, winning four world titles and Olympic gold medals at London 2012 and Rio 2016.

He also became the first man to clinch four world crowns with victory on home soil at the 2011 World Championships in Paris.

Riner, the chairman of the Paris 2024 Athletes’ Committee, has not taken to the mat since topping the podium at last year's Games in the Brazilian city in August.

His decision not to compete for over year means he is unseeded for the event here.

The Frenchman will make his entrance at this year's World Championships on the final day of individual competition at the László Papp Sportaréna on Saturday (September 2).

The event gets underway tomorrow and is due to conclude next Sunday (September 3) with the first-ever mixed team event held at a World Championships.

"Everybody wants to win against Teddy Riner, everybody wants my place," Riner told CNN, who recently signed a collaboration deal with the IJF.

"I know when I go for the next World Championships I will have a lot of new opponents.

Riner is among several headline names due to compete at the Championships in the Hungarian capital.

Majlinda Kelmendi, who became Kosovo's first Olympic medallist of any colour when she won the under 52kg category at last year's Games in Rio, is aiming for a second world title in the weight class.

Olympic champion Rafaela Silva of Brazil will participate at under 57kg as she aims to seal a second world title following her triumph in Rio in 2013.

Mongolia Dorjsuren Sumiya, the Olympic silver medallist, will be among the main contenders for gold in the category.

Soichi Hashimoto of Japan is the current world number one in the under 73kg division and is due to make his World Championships debut here.

The under 66kg weight class will also be one to look out for as Olympic gold medallist Fabio Basile of Italy, world champion An Baul of South Korea and European champion Georgii Zantaraia of the Ukraine are all in the mix.

Olympic under 100kg champion Lukáš Krpálek of the Czech Republic is a high-profile absentee as he withdrew from the Championships last week due to injury.

He was set to challenge Riner in the over 100kg event but was urged by his doctors not to take part.

There will be a special guest during the opening day tomorrow as Russian President Vladimir Putin will be in attendance.

He is also due to hold talks with Hungary's Prime Minister Viktor Orbán during his visit.

International Olympic Committee President Thomas Bach is due to attend for the mixed team event, which was recently added to the Tokyo 2020 programme, and the Closing Ceremony on Sunday.