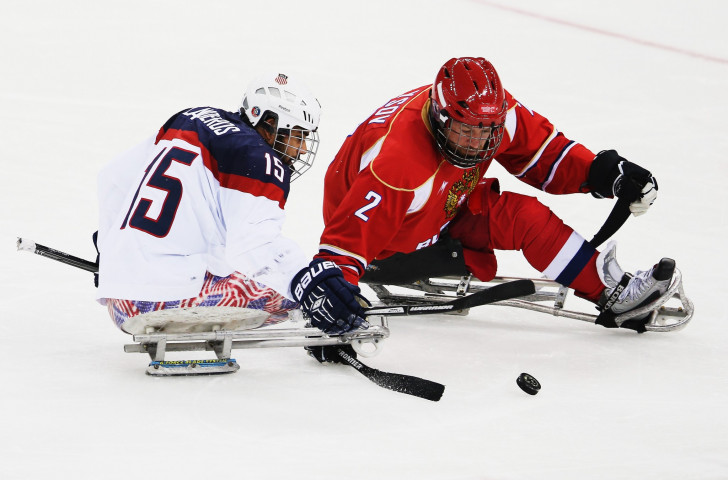 World Para Ice Hockey is looking for countries to host two of the sport's biggest events in 2019 - the World Championships A-Pool and B-Pool.

Interested countries are being invited to complete a bid interest form by December 7 this year.

The 2019 World Para Ice Hockey Championships A-Pool will be the first major competition following the Pyeongchang 2018 Paralympic Winter Games, and is expected to build on the Games' success in terms of team performances, media coverage and awareness for the sport.

Barbora Kohoutova, the interim World Para Ice Hockey Manager, said: "We need to build off the momentum from Pyeongchang 2018, and the World Championships A-Pool and B-Pool will do just that and give teams another exciting event to look forward to.

"We are seeing athlete performances rising and the sport growing in many nations.

"After the Paralympic Winter Games, many nations and teams will want to continue to challenge themselves, and we are offering organisers a chance not only to stage one of the most thrilling, action-packed Para-sports but also play a role in growing the Paralympic Movement."

Czech Republic and Japan will complete the tournament line-up after being promoted from the 2016 World Championships B-Pool.

Following the closure of the bidding, World Para Ice Hockey will then announce both organisers in the spring of 2018.

Additionally, the bid process for the 2018 World Championships C-Pool is still open until October 30, with the organiser to be selected early next year.

The last edition of the A-Pool was held in Gangneung, South Korea, which also served as the test event for Pyeongchang 2018.

Seven of the top teams battled for five qualification spots for the Paralympic Winter Games, with Canada beating the holders, the US, to claim their fourth world title.

South Korea earned the bronze medal in front of Norway for their second-highest finish in the event's history, giving home fans a taste of what lies ahead at the Paralympics next March.

Italy secured the last qualification spot from that event.

The last spots for Pyeongchang 2018 will be awarded at the Ostersund 2017 World Para Ice Hockey Paralympic Winter Games Qualification Tournament in October.

Earlier that year the first-ever C-Pool competition, which was held in Novi Sad, Serbia, saw three teams contend on the ice.

"Being able to hold the second-ever World Championships C-Pool is a great sign of the sport's development," Kohoutova added.

"In 2016 we saw Austria, Finland and a combined team of Belgium and The Netherlands compete on the ice.

"For next year, we expect to have new emerging nations participate and make their debut."