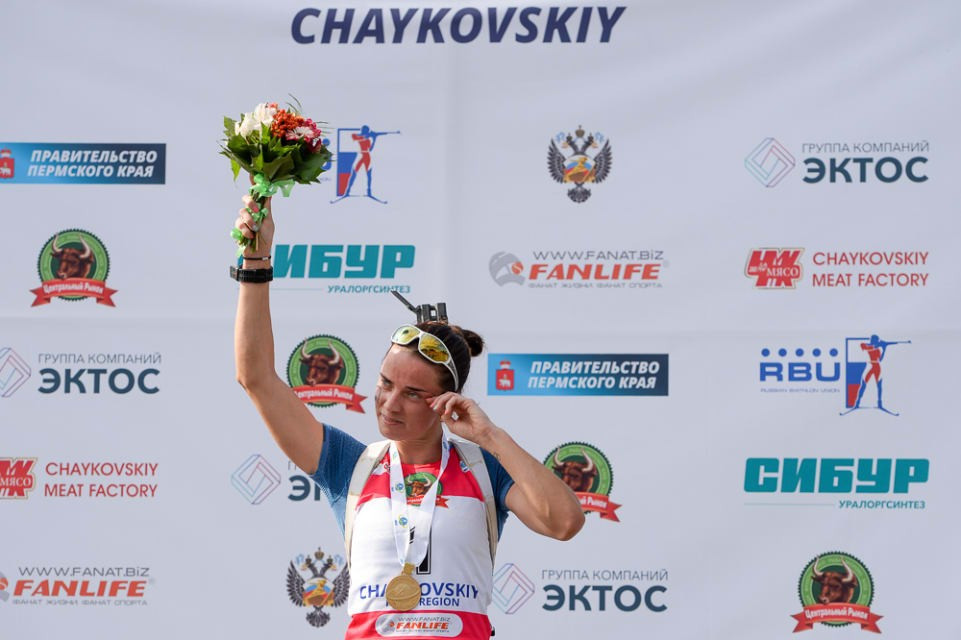 Russia's Svetlana Sleptsova won a third gold medal in as many days at the International Biathlon Union Summer World Championships in Chaykovskiy as she marked her last competition before retirement in style.

The 31-year-old won the women's pursuit event at the Snezhinka Stadium today to delight her home crowd.

She also won the sprint title yesterday after forming part of the victorious Russian relay quartet on day one.

Sleptsova, an Olympic gold medallist in the relay from Vancouver 2010, surprisingly announced her retirement after the sprint event and said that this competition would be her last.

She ended her final race on the last day of the Championships today with five penalties but still did enough to seal victory in 31min 26.7sec.

In the men's pursuit Alexey Volkov made it a double for Russia as he won his second gold medal of the Championships.

He followed up his relay title by ending the pursuit on one penalty in a winning time of 31:29.0.

Team-mate Anton Shipulin, also a relay champion in Chaykovskiy, won silver with four penalties as he came home 43.7 seconds behind.

Both of the top two are Olympic champions, winning relay gold on home snow at Sochi 2014.

Bulgaria bagged a bronze medal thanks to Krasimir Anev, who came in 1:18.1 behind after missing two targets at the last shooting phase.

Volkov moved to the front at the first split point and did not relinquish his lead.

"I felt very good on the track today," said Volkov.

"We did not have too much speed work until that time, so in the first two competitions it was harder to run.

"That was not that easy at the shooting range and I worked on each shot."

The summer event is a good gauge of biathlon form before the winter season gets underway in November, with the Pyeongchang 2018 Olympics taking place in February.