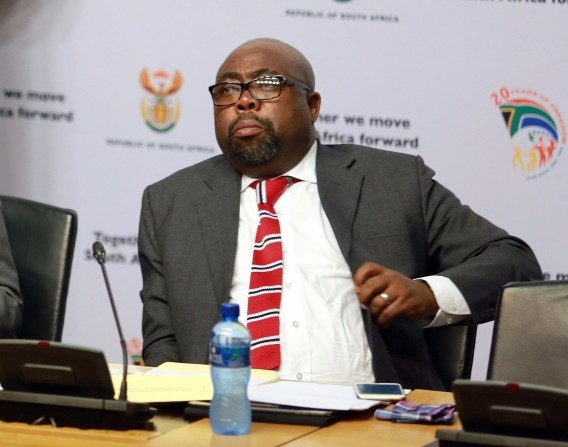 A Government inquiry has been launched into the South African Sports Confederation and Olympic Committee (SASCOC) following allegations of irregularities and malpractice at the organisation.

The Ministerial Committees of Inquiry has been established by South Africa's Sports Minister Thulas Nxesi.

The investigation will cover the allegations against Reddy but will mainly concentrate on claims of poor governance, financial mismanagement and non-adherence to the SASCOC constitution.

It is claimed that several members of SASCOC's Board and governing bodies in South Africa have complained to Nxesi about the conduct of its President Gideon Sam.

"Sexual harassment has found ­prevalence in our jurisprudence," said Nxesi.

"It is a very serious mater.

"I have asked Sam to deal with this matter internally and as speedily as possible.

"The Committee of Inquiry will go ahead separately on the other issues."

Among those believed to have complained about Sam, who has led SASCOC since 2008, is Alex Skhosana‚ President of Athletics SA.

He claims he was removed from the SASCOC Board illegally.

Another claim is that Sam contravened South Africa's discrimination legislation and the constitution of SASCOC by openly stating to the Board that an employee in the administration‚ Jean Kelly‚ could not be appointed as the Chef de Mission of Team South Africa as she is "white".

She was promoted to Chef de Mission for this year's World Games in Wrocław.

A retired judge, together with two additional members as well as a team leader, yet to be announced will lead the Ministerial Committee of Inquiry.

Sam claimed he is pleased the Commission has been established by Nxesi.

"His inquiry is welcome," he told South Africa's TimesLIVE.

"We will cooperate with the Commission.

"The outcome of his inquiry will help us get on with what we do best‚ presenting Team SA at major Games."