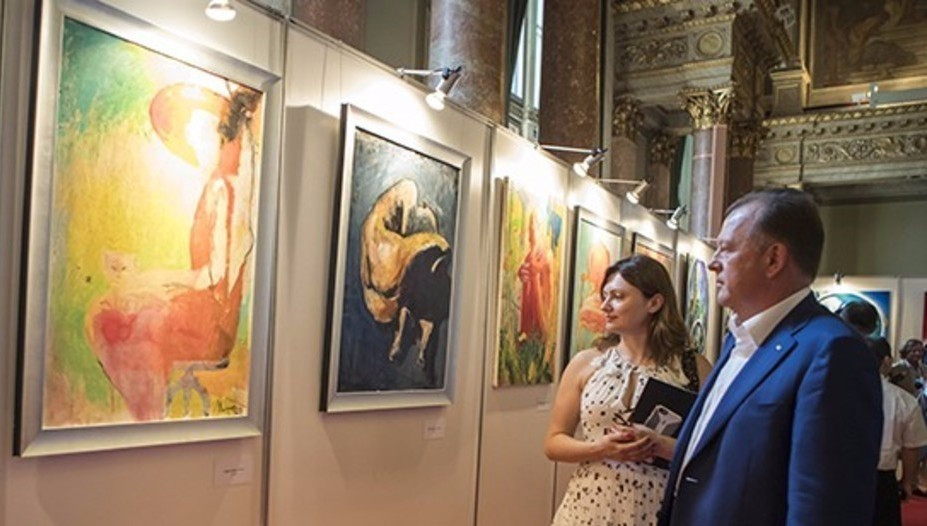 A special exhibition to coincide with the International Judo Federation (IJF) Suzuki World Championships was opened here today by its President Marius Vizer.

The exhibition included works by Raymond Poulet, Fodor-Lengyel Zoltan, Eugen Vasile, Andrey Sharov and Neil Eckersley, five international artists, in a picturesque setting next to the Danube River and the Chain Bridge.

"We are very proud to present this work and I have great appreciation for the artists and their skills," Vizer, re-elected President for a new four-year term as IJF President yesterday, said.

"I believe that sport and culture goes together and it gives spirit into societies."

Vizer added: "Judo is an art of life, an art of movement and a philosophy."

The centrepiece of the exhibition is a special judo statue by Hungarian-born Zoltan in honour of the IJF World Championships, due to open at the László Papp Budapest Sports Arena on Monday (August 28).

After the Championships, due to last until September 3, the statue will be put on display at the Olympic Centre of Budapest.