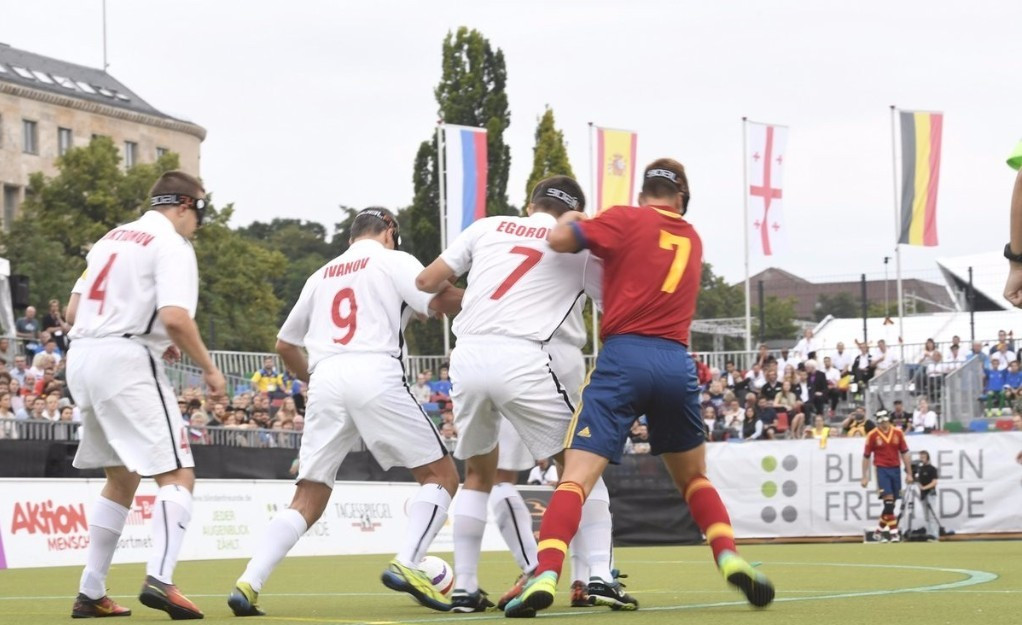 Spot kicks were called for at the Lilli-Henoch-Sportplatz in the German capital after the two sides played out a 1-1 draw.

Adolfo Acosta gave the Spanish a first half lead which they kept hold of until the interval.

The Russians equalised after the break when Denis Egorov registered.

With no further goals it came down to a test of nerve and Russia won the shoot-out 4-3.

Both countries had suffered heartbreak in the semi-finals after exiting after penalty shoot-outs.

It was England who ended on a positive note as Roy Turnham and Keryn Seal bagged goals in their victory.