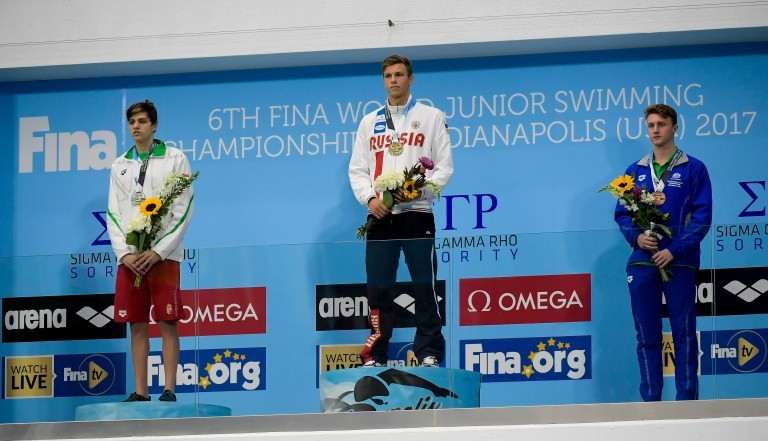 That beat the mark previously held by American Maxime Rooney by .70 seconds.

Nandor Nemeth of Hungary was timed at 1:46.79 for silver as Elijia Winnington of Australia finished third to earn bronze in 1:46.81.

A second junior world record fell in the women's 100m backstroke as Regan Smith impressed in front of her home crowd.

The American clocked 59.11 to win gold to beat a mark previously held by Canada's Taylor Ruck, who was second today in 59.23 and had clocked a world record 59.28 in the semi-finals.

Bronze went to another Canadian, Jade Hannah, who was timed at 59.62.

Nicolo Martinenghi of Italy was not able to improve on the junior world record he set in the semi-finals, but he still won gold.

The Italian champion's winning time, 59.58, was one-half second faster than silver medallist Reece Whitley of the US.

Another American, Michael Andrew, finished in 1:00.37 to win bronze.