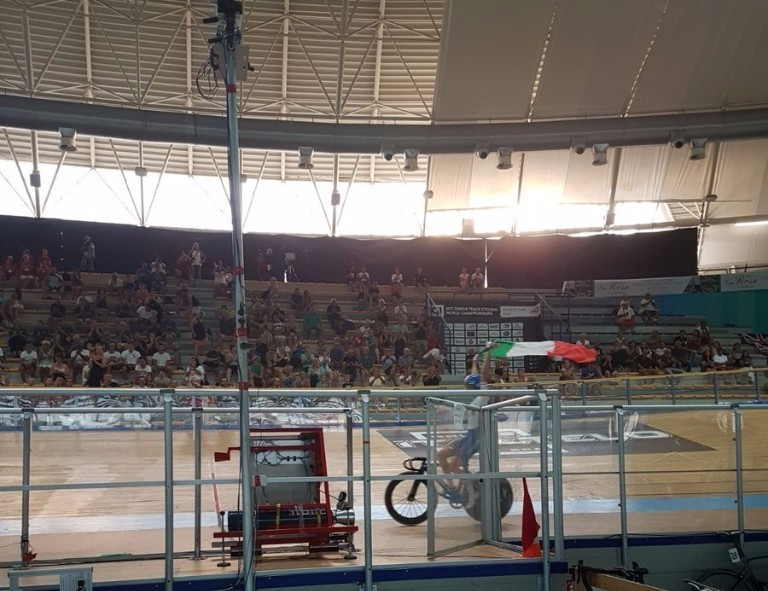 It came on the opening day of competition at the Velodrome Fassa Bortolo in the Italian town, located around two hours east of Milan.

Fidanza, 17, romped to victory in the 30-lap race in which riders completed 7.5 kilometres in total distance.

It followed her under-23 European title in the same event secured earlier this year.

Yana Tyschenko and Polina Vashenko crossed in 34.438 to win the corresponding women's event.

Germany were forced to settle for silver once again in 34.446.