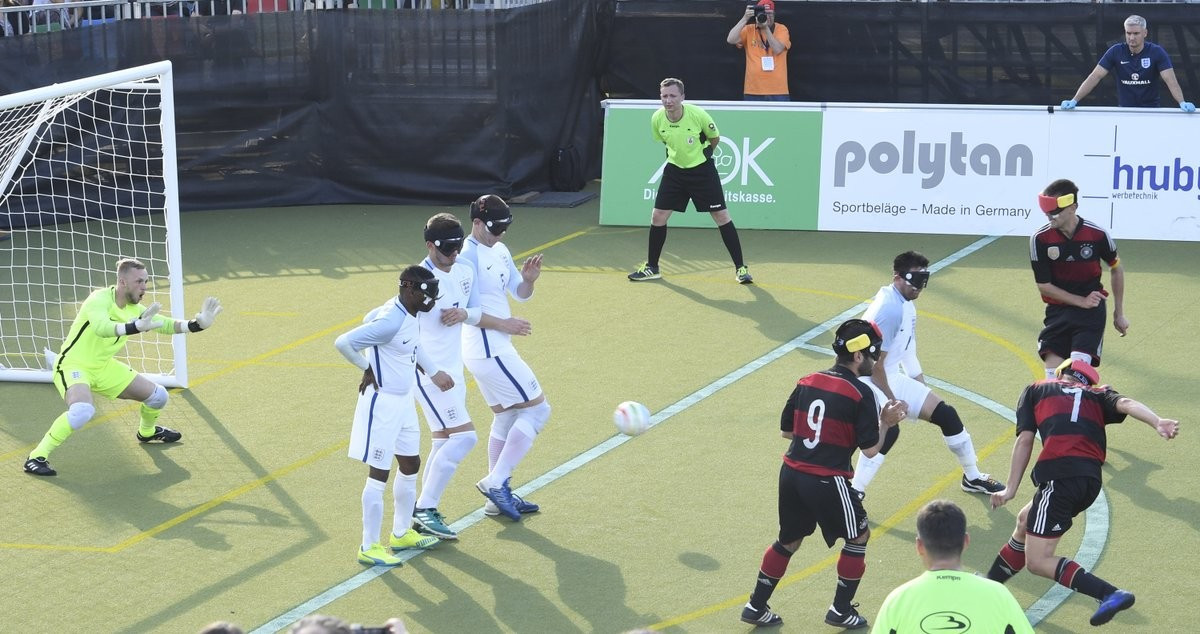 England beat Germany 3-0 to maintain their 100 per cent record at the International Blind Sports Federation European Football Championships in Berlin and send the hosts out.

Germany needed to win on home soil at the Lilli-Henoch-Sportplatz in order to jump into the top two in Group A.

They were beaten, however, as England made it four wins from four en-route to winning the group.

The German defeat means France have gone through to the last four with England as the group's runners-up.

Here's how @England took the lead in that @Euro2017Berlin encounter - courtesy of a fine strike from @B_Coleman7pic.twitter.com/Yly44VfCtE

France had earlier done their part by thrashing Italy 7-0, to leave the pressure on Germany.

In Group B, Russia beat Belgium 2-0 to book their place in the last four as group winners on 10 points.

Turkey, the defending champions, were knocked out, however, as they could only draw 1-1 with Spain.

They needed to win to claim second spot but a point apiece meant the Spanish clinched the last four berth.

England will play Spain with Russia meeting France in the semi-finals tomorrow.