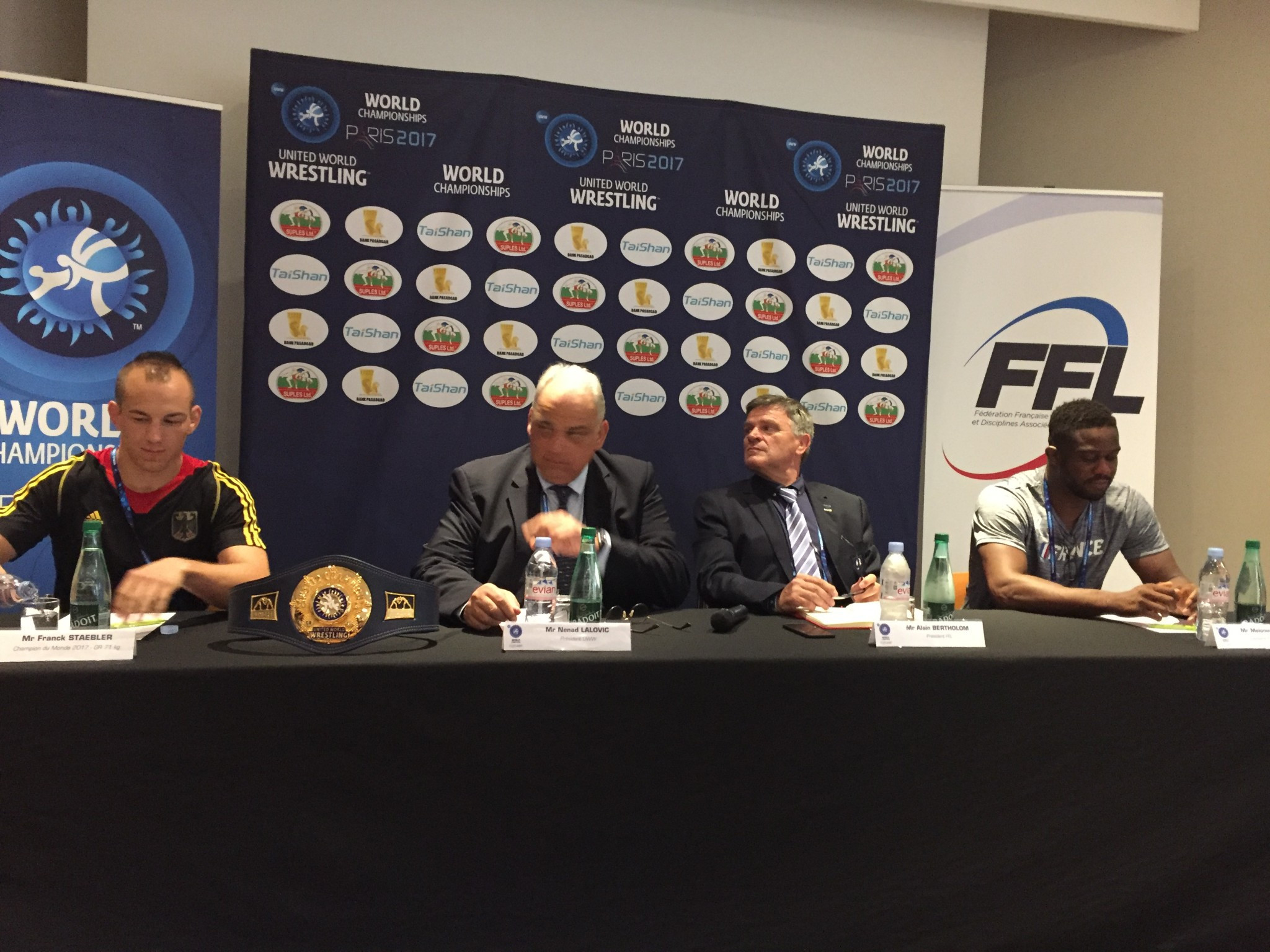 United World Wrestling (UWW) President Nenad Lalovic admitted he was concerned by the ease in which a fan managed to enter the field of play during the World Championships yesterday amid heightened security here.

International Olympic Committee (IOC) member Lalovic claimed, however, that measures would be implemented to ensure similar incidents were "prevented in the future".

Armenia's Artur Aleksanyan was celebrating his gold medal triumph in the Greco-Roman 98 kilograms category when he was thrown to the canvas by a supporter who had come onto the mat.

It was initially thought he was a member of Aleksanyan's coaching staff or was part of his travelling entourage but it has since been confirmed that he was a visiting spectator.

The incident occurred despite increased security in the arena and a strong police presence at the venue.

"I was a little bit concerned but luckily it was a sign of happiness and joy but it should not happen any more," Lalovic said.

"It will be prevented in the future."

France remains in a state of emergency following a number of recent terrorist attacks in the capital city.

It has been in place since November 2015, when 130 people were killed in a series of coordinated attacks across Paris.

"In France, there is still a state of emergency and we respect the extensive and expensive work that the authorities are doing to keep our athletes and spectators safe," Lalovic added.

The UWW head also confirmed IOC President Thomas Bach would not be attending the Championships, which conclude on Saturday (August 26), at any point.

Bach has visited several World Championships in other sports in recent months, including taekwondo in Muju, table tennis in Dusseldorf, beach volleyball in Vienna and athletics in London.

An IOC spokesperson confirmed to insidethegames that it was "never the plan" for Bach to attend the event here as he is due to travel to China next week.

"But that does not mean he will not be kept informed of what happens here," said Lalovic.