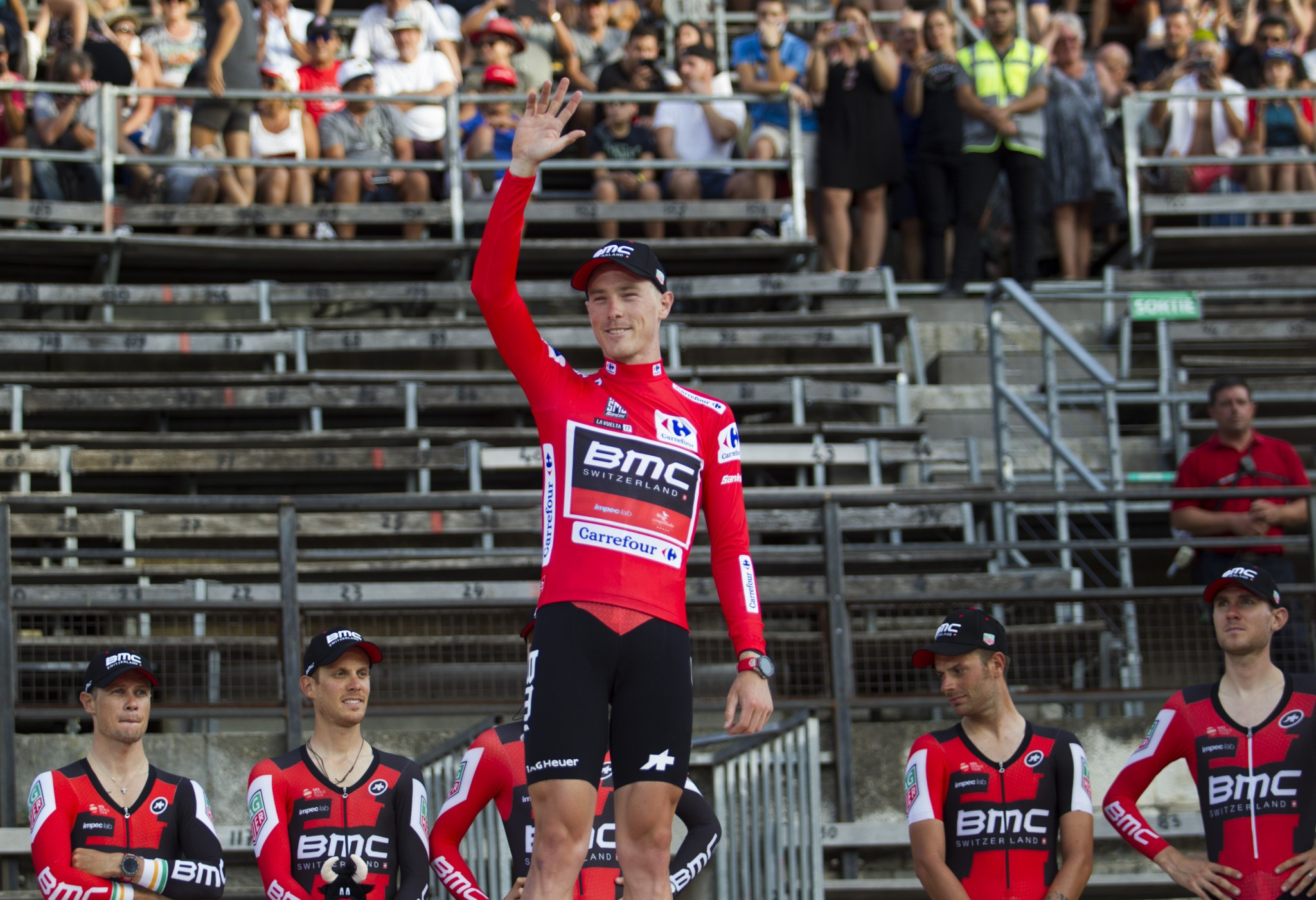 They travelled around the 13.7 kilometre route in the French city Nimes in a time of 15min 58sec.

As the team reached the finish, Dennis, who won a silver medal at the London 2012 Olympic Games on the track in the men’s team pursuit, pedalled in front of his colleagues to be the first man over the line, handing him the overall lead.

Their time was six seconds quicker than Quick-Step Floors who filled the second spot on the podium.

“It was a hard course, very technical to start and we really had to tactically figure out if it was better to finish with nine or drop a few beforehand," Dennis said afterwards to Cycling News.

"It tested everything, it tested strength, technique, speed and handling.”

Team Sunweb were given the same time as Quick-Step, but were third in the standings as they finished 0.50sec behind.

Tomorrow’s second stage will see the peloton start in Nimes and travel 203.4km to Gruissan.