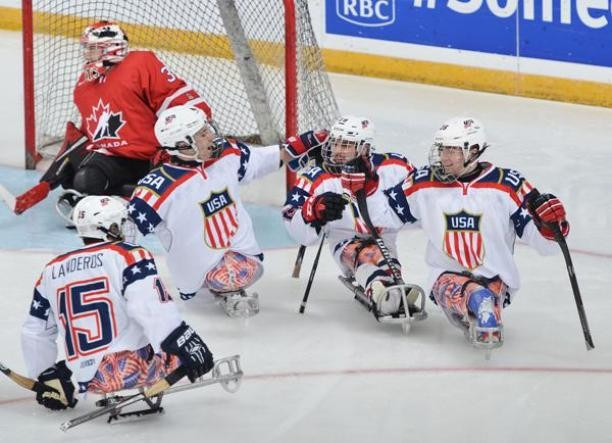 The 2017-2018 squad for the United States Para ice hockey team has been announced.

USA Hockey confirmed 13 members of the team who were beaten by Canada in April’s World Championship final in South Korea have kept their places.

Among those retaining their spots on the roster include goaltender and double Winter Paralympic gold medallist Steve Cash, who will be involved for the 13th season with the team.

Several other Paralympic champions are also returning, such as defender Tyler Carron and Rico Roman, who both featured at Sochi 2014.

Some new faces have made it into the squad as well, including Ralph DeQuebec and Travis Dodson, who both played in the national development team last season.

“We fell short of our goal last season and with this being a Paralympic year, there was a hunder and drive at the try-outs that we, as a staff, were extremely pleased to see,” said Dan Brennan, director of sled hockey for USA Hockey and the team’s general manager.

“This was the most competitive try-out in the programme’s history and we’re excited to get this season underway and continue evaluation players for spots on this season’s Paralympic team.”

Out of the six Winter Paralympic Games where the sport, formerly known as sledge hockey, has appeared, the US have claimed three golds.

Their first came on home ice at Salt Lake City 2002 before winning at the last two Games in Vancouver and Sochi.

They also won bronze at Turin 2006, beating Germany 4-3 in the playoff for the medal.