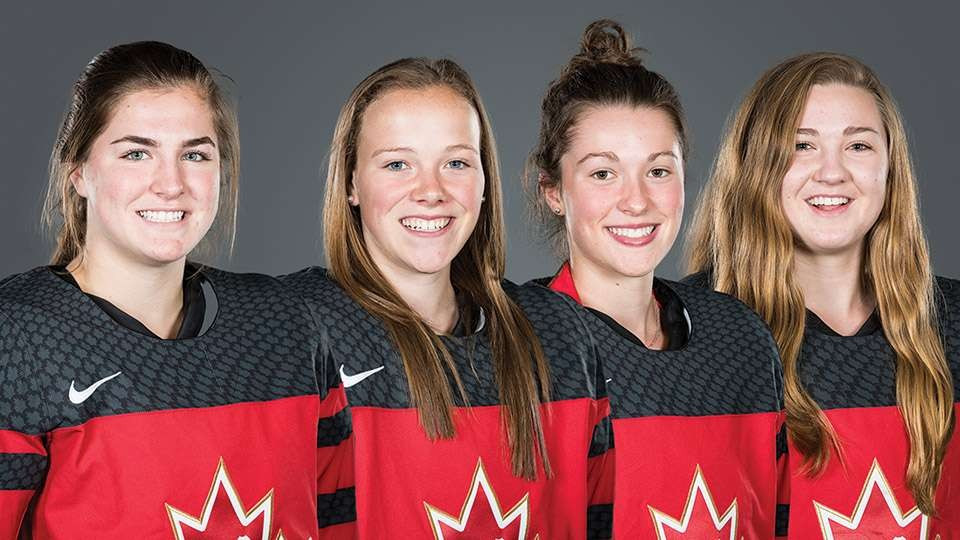 The quartet of players from Canada’s silver medal-winning team at the 2017 International Ice Hockey Federation World Women's Under-18 Championship have been named as part of the leadership group for an upcoming three-match series against the United States.

The matches, which starts later today at the Herb Brooks Arena in Lake Placid, features 24 home players who will be led by captain Brooke McQuigge, and alternate captains Sarah Fillier, Audrey-Anne Veillette and Courtney Vorster.

“Our team is made up of a group of very talented, mature young women, all of whom have shown us they are leaders in and of their own right,” said head coach Delaney Collins.

“Our captains for the series – Brooke, Sarah, Audrey-Anne, and Courtney – have the leadership skills and the experience of short-term competition from the last world championship which will help this group achieve our shared goals during our three-game series in Lake Placid.

“As a team, we are looking forward to putting our preparation and work on the ice this evening and representing Canada with pride.”

The quartet were members of the squad who were beaten 3-1 by the US in the World Championship final in the Czech Republic in January.

It was the third time in a row that the Canadians had lost in the final to their neighbours at the competition.

Canada had themselves won three consecutive titles between 2012 and 2014, defeating the US each time.