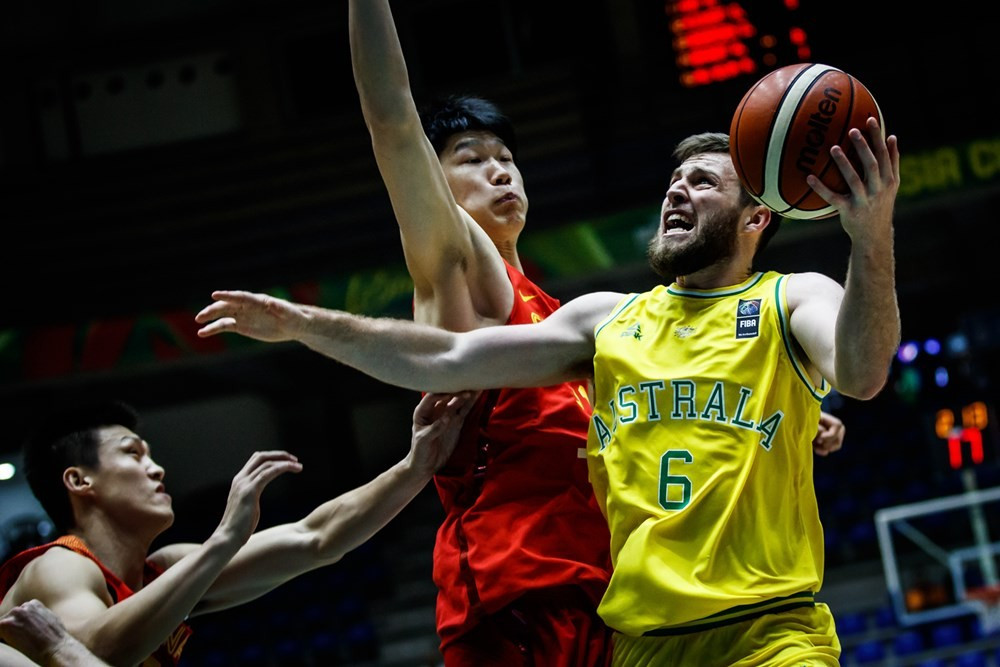 Australia have qualified for the semi-finals of the International Basketball Federation Asia Cup following a 97-71 victory over China in Lebanon today.

Jason Cadee scored 20 points for the Australians, who are making their first appearance at the tournament, as they worked their way to success at the Nouhad Nawfal Stadium in Beirut.

Proceedings were close in the opening two quarters as China kept their opponents in check with the score at 45-42 at half-time.

Australia had edged the opening quarter 26-23, but the second ended all square at 19-19.

However, the third period saw the Australians motor ahead as they scored 26 points, double what China got.

They rounded off the win with the same amount of points in the fourth.

Mitch McCarron ended the match with 17 points for Australia, while his team-mates Mitch Creek and Daniel Kickert both got 16.

Their opponents in the semis on Saturday (August 19) will be fellow tournament debutants New Zealand, who beat Jordan 98-70 in the last quarter-final.

Tohiraukura Smith-Milner and Shea Ili both scored 19 points for the New Zealanders.

The tournament’s final will be played on Sunday (August 20), with the other last four encounter between Iran and South Korea.