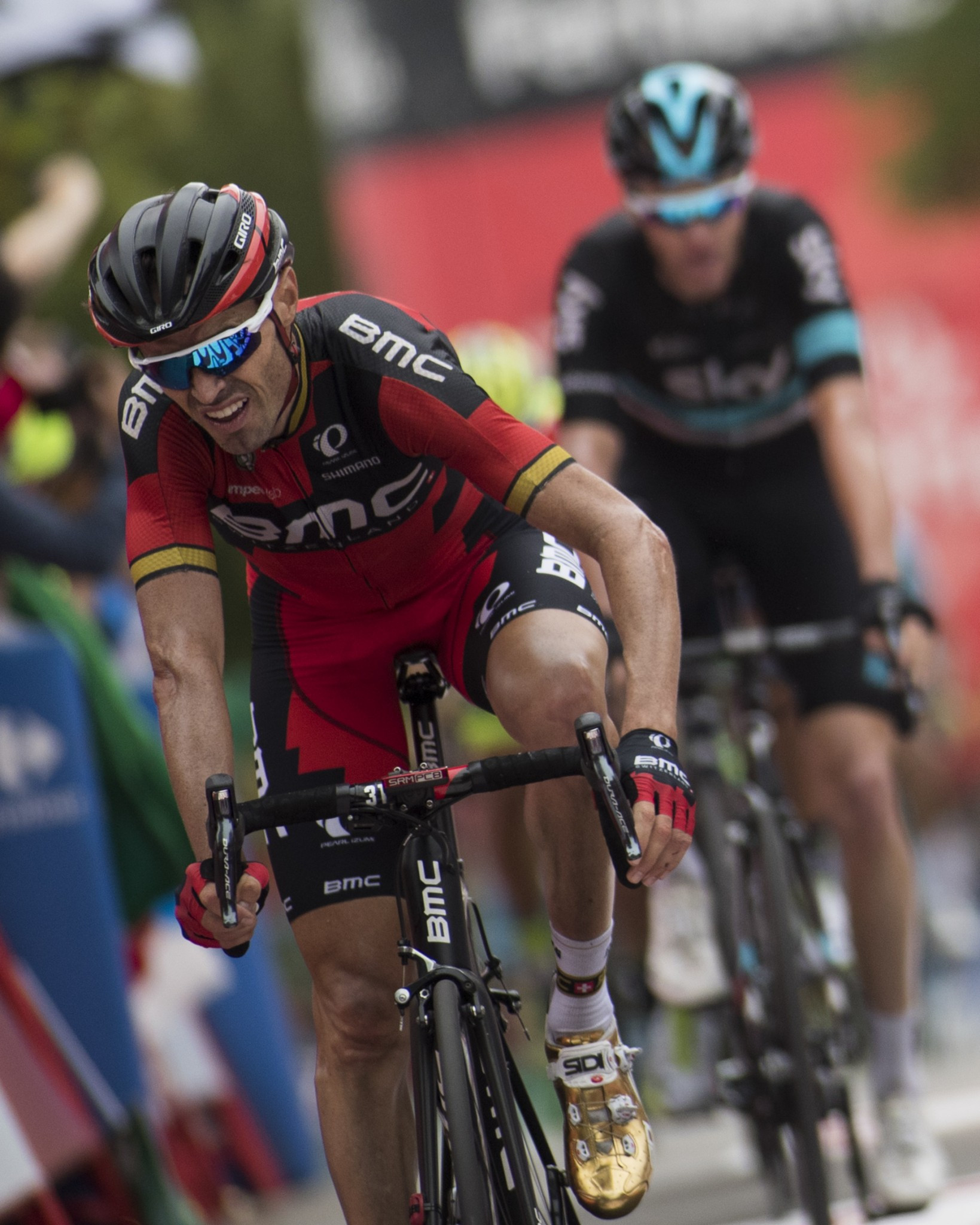 The 39-year-old Spaniard, who won the road race title at Beijing 2008, has tested positive for banned growth hormone GHRP-2.

He failed during an out-of-competition test on August 9.

It means the BMC Racing Team rider is set to miss his home Grand Tour - the Vuelta a España - which begins on Saturday (August 19).

Sánchez has won individual stages at the Vuelta on five occasions but could not defend his Olympic title at London 2012 due to a crash at that year's Tour de France.

"The International Cycling Union announces that Spanish rider Samuel Sánchez Gonzalez was notified of an adverse analytical finding in a sample collected in the scope of out-of-competition control on August 9, 2017," the UCI said in a statement.

"The doping control was planned and carried out by the Cycling Anti-Doping Foundation, the independent body mandated by the UCI in charge of defining and implementing the anti-doping strategy in cycling.

"The rider has the right to request and attend the analysis of the B sample.

"In accordance with UCI anti-doping rules, the rider has been provisionally suspended until the adjudication of the affair.

"At this stage of the procedure, the UCI will not comment any further on any of these matters."

According to Cycling News, six cyclists have now failed for a growth hormone releasing peptide in the past two years.

"BMC Racing Team was notified on Thursday, August 17 by the International Cycling Union of a potential anti-doping violation for the presence of GHRP-2 and its metabolite, in an out-of-race anti-doping control for Samuel Sánchez Gonzalez," a BMC statement said.

"In accordance with BMC Racing Team's zero tolerance policy and UCI regulation, Sánchez has been provisionally suspended with immediate effect.

"Until the results of the B-sample are provided, no further action will be taken.

"All riders and staff are held to the highest ethical standard and BMC Racing Team is extremely disappointed to share this news on the eve of the Vuelta a España.

"Loïc Vliegen will replace Sánchez at the Vuelta a España."