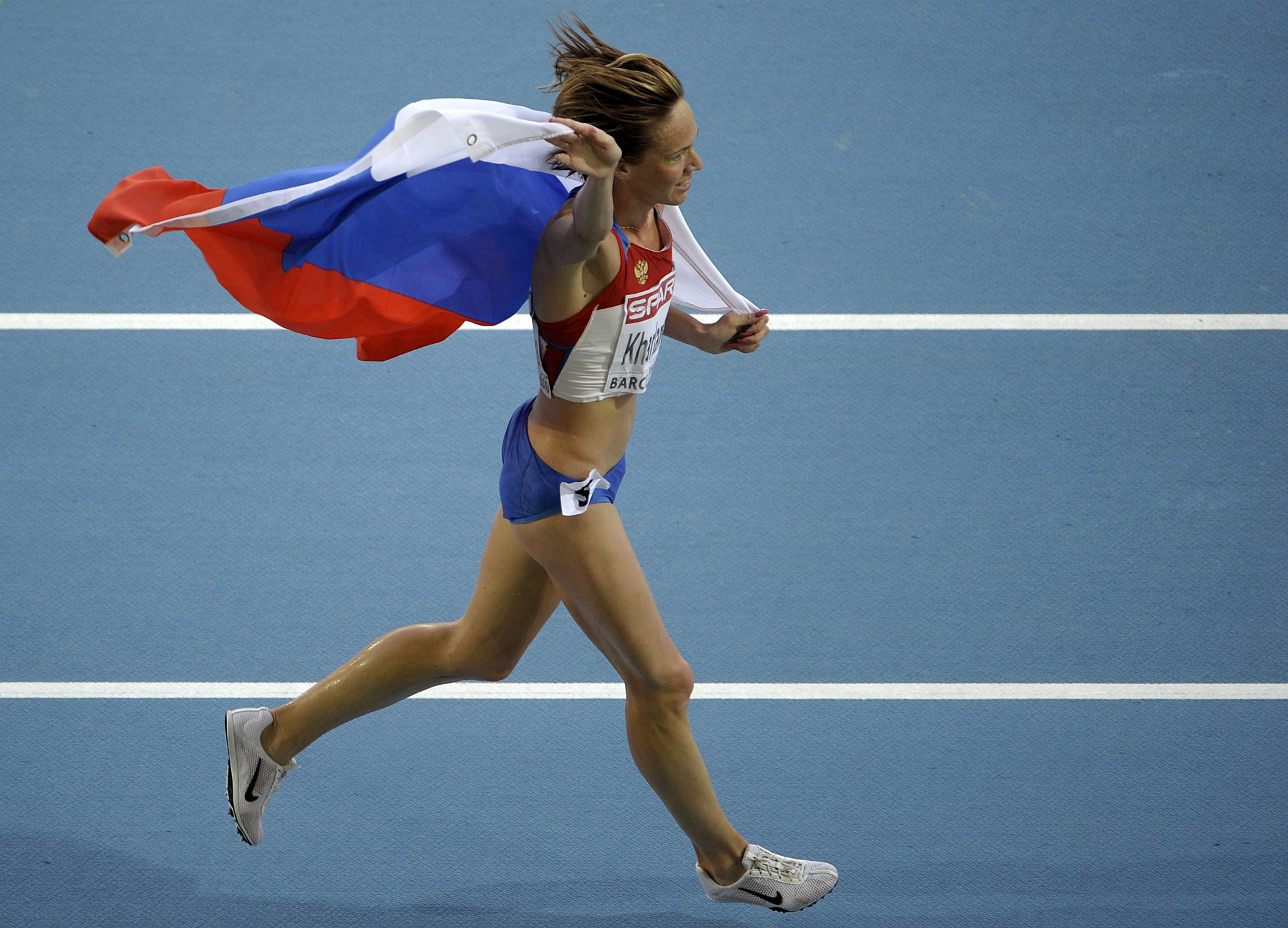 Former European steeplechase medallist Lyubov Kharlamova is among five athletes and one weightlifter to have been handed drugs bans by the Russian Anti-Doping Agency (RUSADA), it has been announced.

Details about all six cases were posted on the RUSADA website today and comes six weeks after the Russian body were permitted to resume drugs testing by the World Anti-Doping Agency (WADA) under the supervision of international experts and UK Anti-Doping (UKAD).

Kharlamova, 36, served a two-year ban after finishing fourth at the 2006 European Athletics Championships in Gothenburg,

She then recovered to win silver at the 2010 European Championships in Barcelona.

She is now suspended for two more years and is not eligible to return until June 15 in 2019.

All her results from July 27 in 2010 will now be disqualified, meaning she will be stripped of her European silver from Barcelona.

Irina Sergeyeva, a distance runner who won a silver medal at the 2009 European Cross-Country Championships, is also on the list.

She has never been implicated in a doping case before but will be ruled out for two-and-a-half years.

A second steeplechaser, Ekaterina Doseykina is among the other three track and field athletes sanctioned.

Doseykina, who participated at the 2015 World Championships in Beijing, was already suspended for violating whereabouts rules but is now ineligible for four years.

Race walker Zilya Garipova has been handed a one-year ban backdated to October 2016.

Hurdler Ivan Khudyakov has also been suspended for four years from April 2017.

The decisions were made by the Russian Athletics Federation following "materials provided by RUSADA Disciplinary Anti-Doping Committee", a statement said.

Weightlifter Anastasiya Vorobyova has also been handed an eight-year ban commencing on July 25.