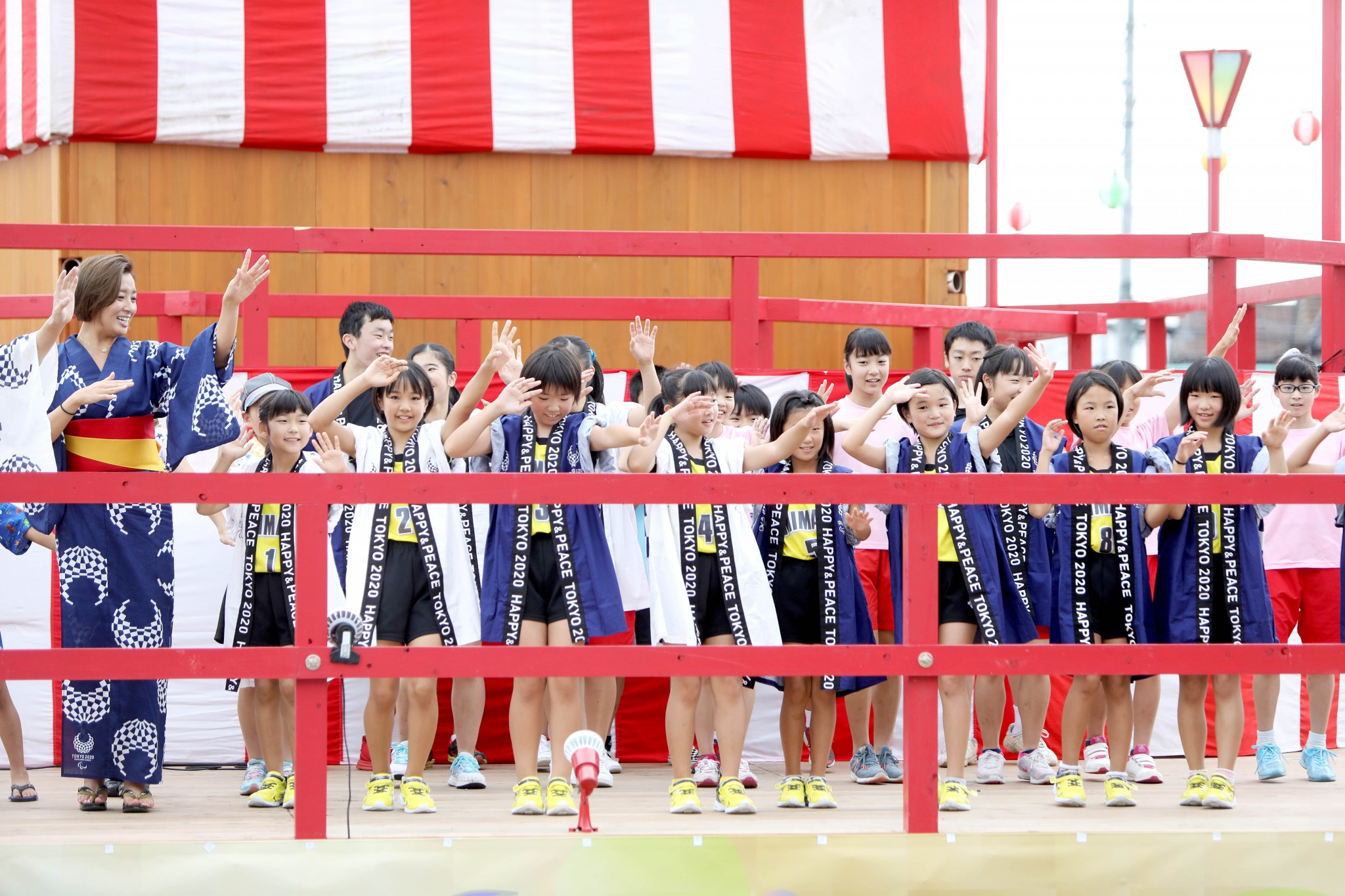 Members of the Tokyo 2020 Olympic and Paralympic Games Organising Committee have joined a traditional summer o-bon dance festival in Iwaki City in Fukushima.

The festival featured the new dance routine created for the revamped version of the Tokyo Gorin Ondo song, the first time it has been performed in the area affected by the 2011 Great East Japan Earthquake.

Recalled fondly by many people from older generations in Japan, the original Tokyo Gorin Ondo song was written and recorded for the 1964 Olympics and Paralympics, which were also held in the city.

In the hope of engaging younger generations in advance of the return of the Games to the East Asian nation, Tokyo 2020 has commissioned a reproduction of the song with updated lyrics and a new arrangement.

It is performed by Japanese celebrity singers Sayuri Ishikawa, Yūzō Kayama and Pistol Takehara, who all feature in the video.

Brand new choreography has been deployed in an attempt to make the song easier to dance along to for people of varying physical abilities.

O-bon is a Japanese traditional festival honouring the spirits of one’s ancestors.

During the o-bon season, usually in the middle of August, people go back to their hometowns, visit their ancestors’ graves and get together with family members.

“The new dance is a little challenging for those of us from the older generation," said Sueko Niizuma, a veteran member of the festival’s historical music band.

"I remember the song well from the previous Tokyo Olympics.

"The melody is the same and the lyrics are similar, but this new version is more upbeat and the choreography is much more complex.

"I will practice the new dance during the next three years until 2020, and will continue teaching the kids the origin of the Japanese o-bon tradition.”