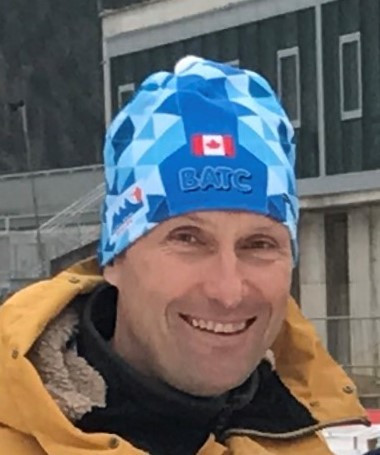 Richard Boruta, the former head coach of the Canadian biathlon team, has died after a climbing accident.

The 49-year-old's death was confirmed in a statement on the Biathlon Canada website.

He trained as a coach in his native Czech Republic with his time at the helm of Canada's team including the 2006 Winter Olympics in Turin.

Boruta later became head coach of the Biathlon Alberta Training Centre, where he brought several athletes through to the Canadian senior team.

Zina Kocher, a three-time Winter Olympian, was one biathlete coached by Boruta.

"He's shaped and affected and challenged a lot of athletes on the national team and provincially as well," she said to CBC.

"He was an incredible part of our biathlon community and pushed so many athletes to do better, achieve more.

"He was always strong and direct, but he always had a great, dry sense of humour that was often hidden just below the surface.

"He was always this stable rock.

"You could always depend on him and trust him.

"Back at the beginning, we didn't have a lot of resources too.

"He was just so good at being resourceful and figuring out how to make camps fun and use the resources that we had to achieve more."

Boruta is survived by wife Kamila and children Michal, Thomas and Lukas.

"Richard will be remembered for his calm demeanour, technical expertise, strong leadership abilities and a subtle sense of humour," Biathlon Canada's statement said.

"Leading teams on tours all over the world, Richard was always organised, thorough and approachable.

"Richard will be deeply missed by the Canadian biathlon community."