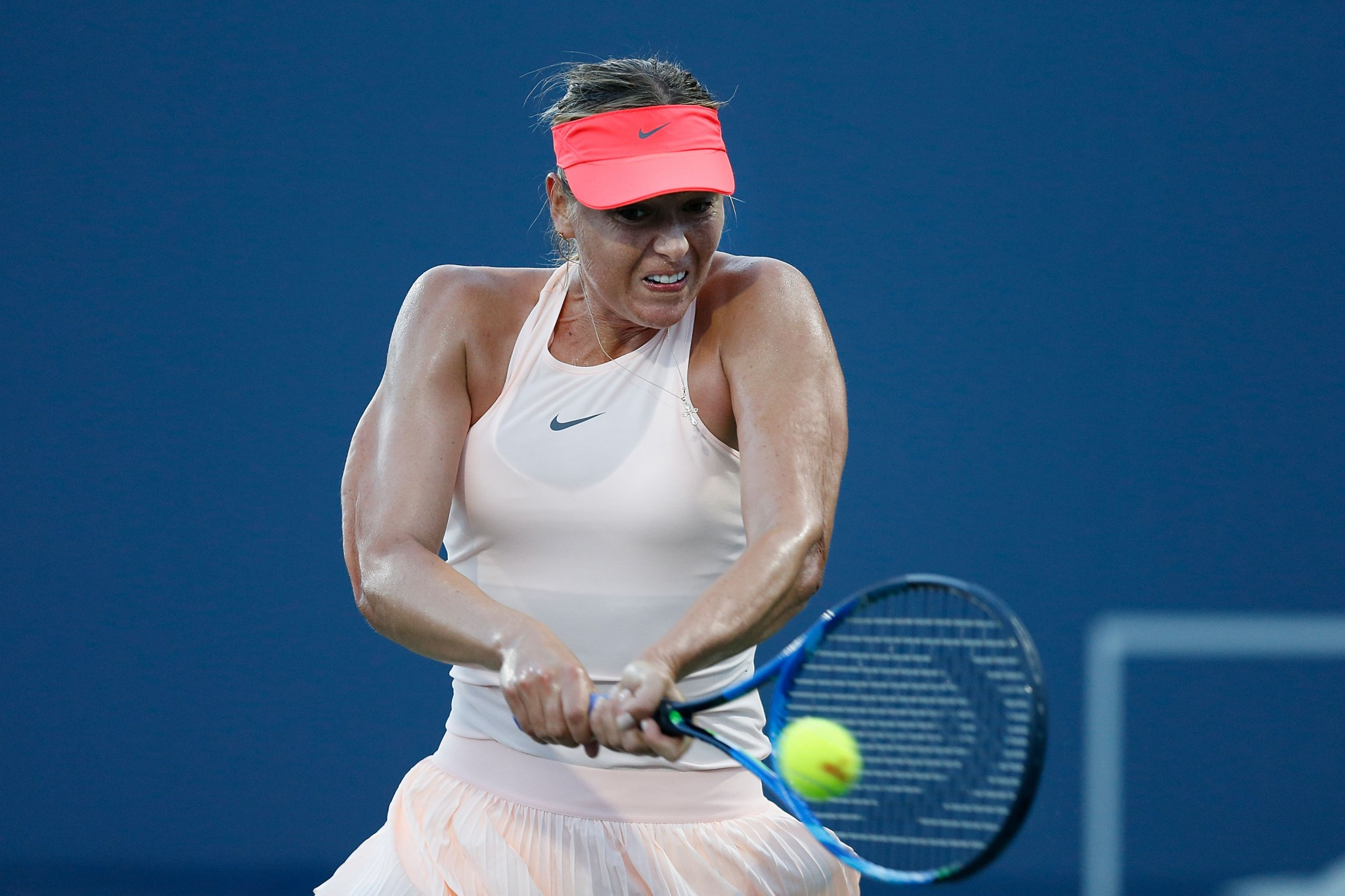 Maria Sharapova is expected to make her first Grand Slam appearance in over 18 months after being handed a a wildcard invitation for the US Open today.

The Russian, who completed a 15 month drugs ban in April after a positive test for meldonium, is among seven women handed direct entries into the main draw today.

She will be hoping to match her singles title at the US Open in 2006 and improve upon her haul of five Major titles.

The 30-year-old, who has plummeted to 148th in the world rankings, was denied a wild-card for this year's French Open.

She then missed the grass court season, including Wimbledon, as she struggled with a thigh injury.

Sharapova has also suffered an injury-plagued start to the hard court season.

She suffered an arm injury during her first-round win over Jennifer Brady in the Stanford Classic earlier this month.

This forced her withdrawal from the Rogers Cup and the Cincinnati Open as a precautionary measure,

"Her suspension under the terms of the tennis anti-doping program was completed and therefore was not one of the factors weighed in our wildcard selection process," a spokesperson for the United States Tennis Association (USTA) told BBC Sport.

"Consistent with past practice, a wildcard was provided to a past US champion who needed the wildcard for entry into the main draw.

"Additionally, Sharapova has volunteered to speak to young tennis players at the USTA National Campus about the importance of the tennis anti-doping programme and the personal responsibility each player has to comply with the programme's requirements."

The US Open is due to take place in Flushing Meadows from August until September 10.