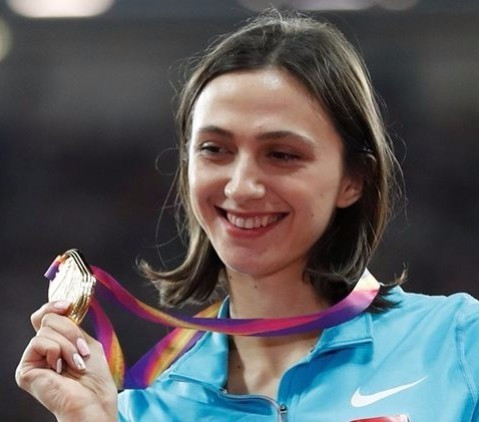 Russian Olympic Committee President Alexander Zhukov has praised the performances of the 19 athletes from his country who competed as neutrals at the International Association of Athletics Federations (IAAF) World Championships here.

Russians were forced to take part under the Authorised Neutral Athletes (ANA) banner because  country has been banned from international competition by the IAAF since November 2015 following allegations of state-supported doping.

The team won a total of six medals to finish ninth in the overall medals table, finishing ahead of Germany, Australia and Jamaica.

Russian athletes actually won more medals competing as ANA than they did at the previous World Championships in Beijing two years ago when, under their own flag, they collected four.

Their medals total at London was made up of one gold and five silver.

The gold medal was won by Mariya Lasitskene in the high jump, successfully defending the title she won had won in Beijing in 2015 under her maiden name Kuchina.

"Half of the team could count on medals."

Zhukov added: "Under such conditions, these are remarkable results."

"I believe that, if we take the overall psychological factor, the fact that we have not won medals at international competitions for a long time, that most of the athletes came without their coaches, and that does make an impact, they performed very well.

"I want to congratulate all our athletes."

Besides Lasitskene, other Russians to win medals at London included Danil Lysenko.

He won a silver medal during the final session last night in the men's high jump.

Other silver medals were won by Sergey Shubenkov in the 110 metres hurdles, Darya Klishina in the women's long jump, Valeriy Pronkin in the men's hammer throw and Sergei Shirokobokov in the men's 20 kilometres walk.