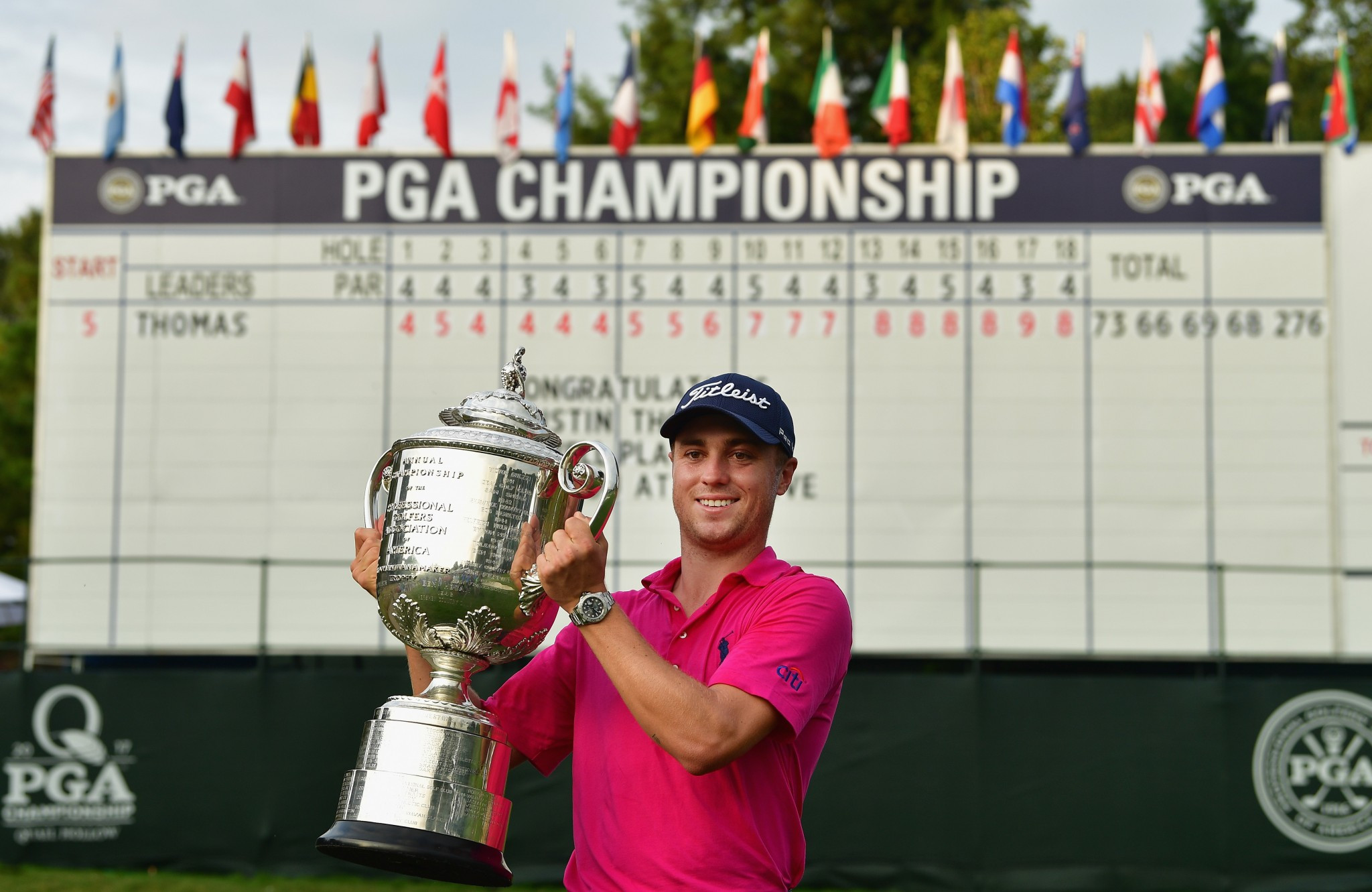 Thomas began the day two shots off the lead at the Quail Hollow Club in Charlotte, North Carolina, but held his nerve on a gripping final day.

The 24-year-old produced some fine shots during the round, holing six birdies to put him in contention for the title.

He made a slow start to the round but the momentum swung in his favour in the closing stages of the competition.

Having chipped in on the 13th for a birdie, Thomas started to break clear of the field as five men were all tied for first heading into the back nine.

Thomas held off the challenge of his rivals in the closing stages to finish at eight-under par for the tournament.

It was enough to secure Thomas, a five-time winner on the PGA Tour, his maiden major title.

"I truly felt like I was going to win."

The trio finished on six-under for the tournament, with Molinari equalling the best finish by an Italian at one of golf's four majors.

The morning's leader Kevin Kisner slipped down the standings, as the American carded a round of 74 to drop to four-under.

He was joined by Canada's Graham DeLaet.