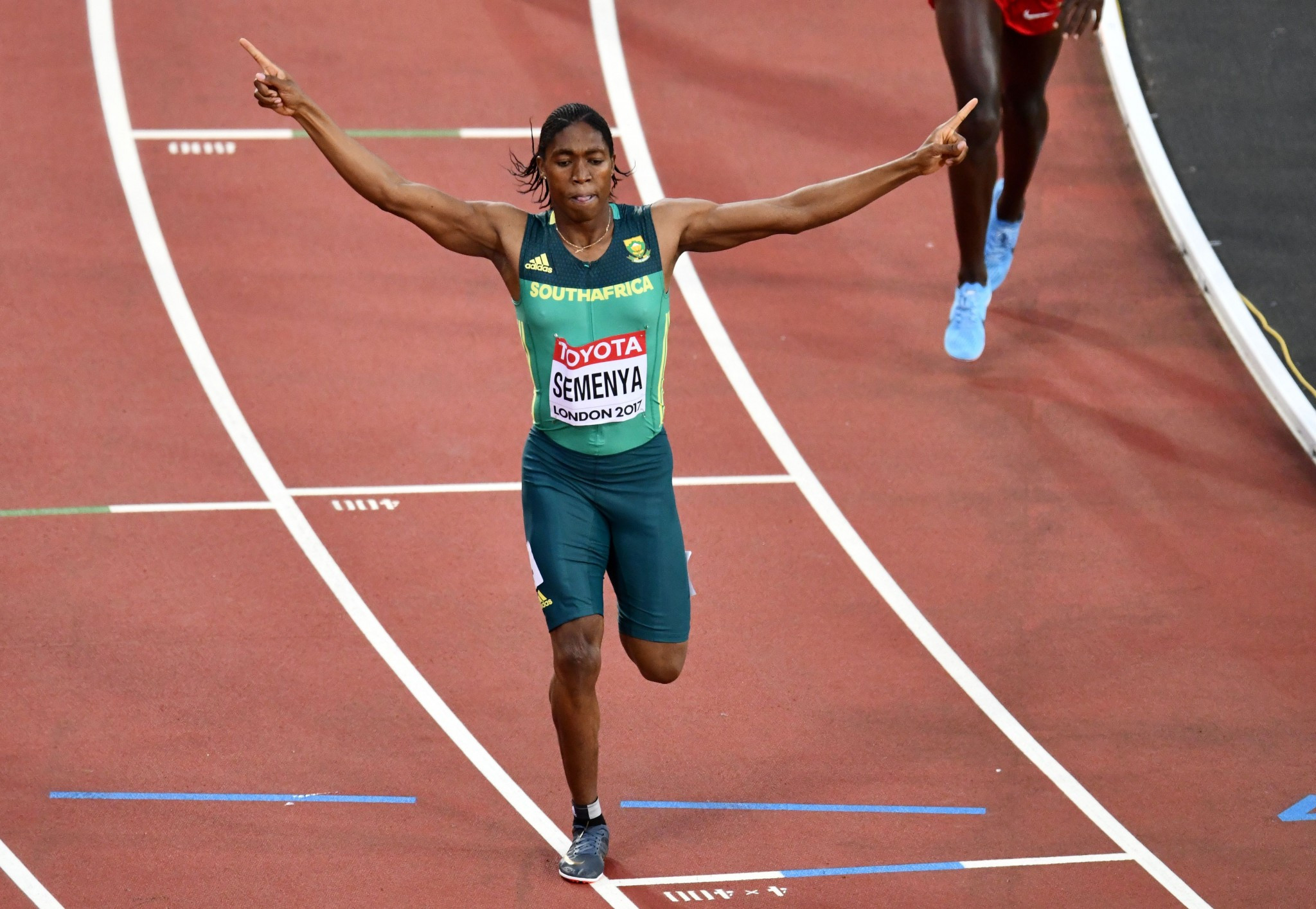 Caster Semenya underlined her status as one of the most dominant two-lap runners in history by matching her Olympic gold medal here on the final night of the International Association of Athletics Federations (IAAF) World Championships.

The South African powered to gold in 1min 55.16sec on a night where Kenya claimed two track titles before United States and Trinidad and Tobago won the last two events, the women and men's 4x400m relays.

Semenya, who continues to generate attention for her hyperandrogenism, a condition giving her naturally higher levels of testosterone, paced her effort superbly to achieve a negative split despite a rapid opening pace.

She was content to sit in the pack through a first lap recorded in 57.98sec before moving into third place behind Burundi's Francine Niyonsaba and American Ajee Wilson.

Just as doubts were beginning to emerge, Semenya produced a huge burst of speed which proved far too strong for the rest of the field.

"I just love you guys," she said afterwards.

The 26-year-old Olympic champion added to her 1500m bronze medal and claimed a second senior world title over two laps - eight years after her first in Berlin..

Niyonsaba took the silver medal in 1:55.92 as Wilson hung on for bronze 0.08 seconds behind.

Obiri claimed the opening gold medal of the night after a blistering acceleration midway through the final lap of the 5,000m.

Ayana, so dominant in winning the 10,000m eight days ago, had no response as a six-second gap rapidly opened.

"I was telling myself to go," she said,

"I could see Ayana was not going so I thought, why not?

"I am mentally strong so I knew I was capable."

Ayana, the defending champion, laboured over the line in a season's best of 14:40.35 to cap what was still a remarkable performance here considering the injuries she had suffered earlier in the season.

Sifan Hassan, born in Ethiopia but now representing The Netherlands, took the bronze medal in 14:42.73.

It made partial amends for a disappointing fifth place finish in her favoured 1500m event.

Manangoi triumphed in 3:33.61 in the 1500m final to edge team-mate Timothy Cheruiyot by 0.38 seconds and improve on his medal silver two years ago in Beijing.

The Kenyans had accelerated clear with successive laps of 55 and 56 seconds following pedestrian opening.

The gap briefly closed before they powered clear again on the final lap.

"It was just such a good race and I'm so pleased to be a world champion," Manangoi said.

"I had a difficult race as Timothy raced very well but I had that extra strength.

"We have had very good champions in the event over the years so it is a proud moment for me to win this title for my country."

Filip Ingebrigtsen of Norway dived brilliantly for the line to hold on for the bronze medal in 3:34.53.

Kenya did not quite achieve a perfect night, however, as three-time defending champion Asbel Kiprop faded to ninth in 3:37.24.

There was no doubting the Championships' dominant team, however, as the US finished on 10 gold, 11 silver and nine bronze,

The race was over as a contest as soon as Jamaica's second-leg runner Anneisha McLaughlin-Whilby pulled up injured shortly after receiving the baton.

Jamaica's Novlene Williams-Mills suffered contrasting fortunes as the 35-year-old six-time world and four-time Olympic medallist, who underwent successful cancer treatment in 2012 and 2013, was unable to run due to her team-mates injury in what was meant to be her final World Championship race before retirement.

The sport's dominant team were shocked in the subsequent men's final, however, as Trinidad and Tobago overhauled them in the final leg to triumph in 2:58.12.

Jarrin Solomon, Jereem Richards, Machel Cedenio and Lalone Gordon ended a US World Championship winning streak dating back to Paris in 2003 and claimed the country's first ever world title in the event after silver two years ago in Beijing.

The US crossed second in 2:58.61 and Britain crossed 0.39 seconds behind to win their sixth medal.

It meant the home team achieved their pre-event medals target of six to eight medals, something which looked unlikely until five podium finishes in the last two days.

Trinidad and Tobago became the 27th country to win a medal here, when the Authorised Neutral Team is included, beating the previous best of 26 in Athens in 1997.