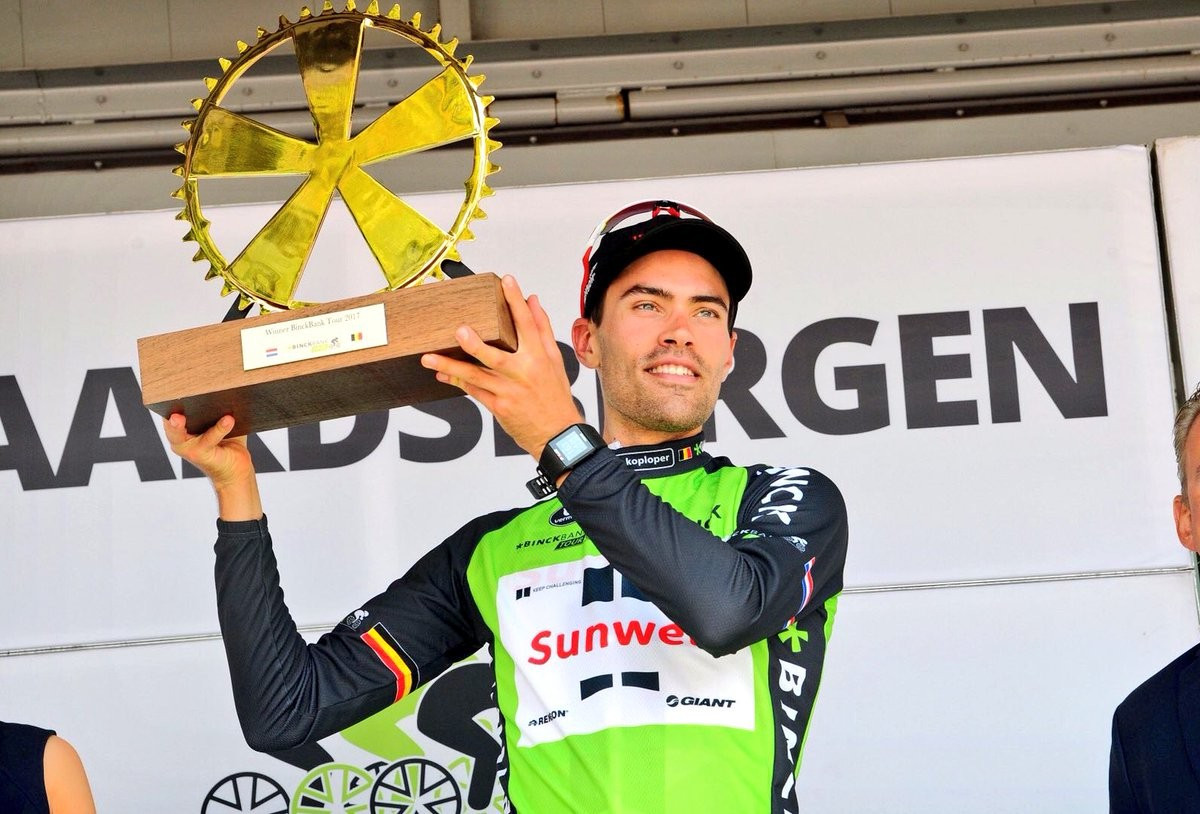 The Belgian broke clear with 3.5 kilometres to go of the 193.5km stage from Essen.

A depleted peloton proved too slow to respond and, by the time the chase intensified in the closing 600 metres, Stuyven was able to hold on to triumph by a single second in 4 hours 06min 48sec.

It marked Trek-Segafredo's second win of the week following Edward Theuns' success on stage four in this event which is part of the International Cycling Union World Tour event.

Another Belgian in Philippe Gilbert of Quick-Step Floors cross next, one second behind, with Team Sunweb's Dumoulin third.

This proved enough for a comfortable overall success for the Dutchman over Belgium and Lotto Soudal's stage six winner Tim Wellens to eventually finish 17 seconds clear.

it came in a season in which he has already won the Giro d'Italia title.

Dutchman Lars Boom finished eighth overall following been given a CHF 1,000 (£804/$1,040/€880) fine for making a rude gesture as he crossed the line to win stage five - his first race victory in two years.

According to Dutch newspaper De Telegraaf, the gesture stemmed from frustration that he had failed to make LottoNL-Jumbo’s Vuelta a España squad.