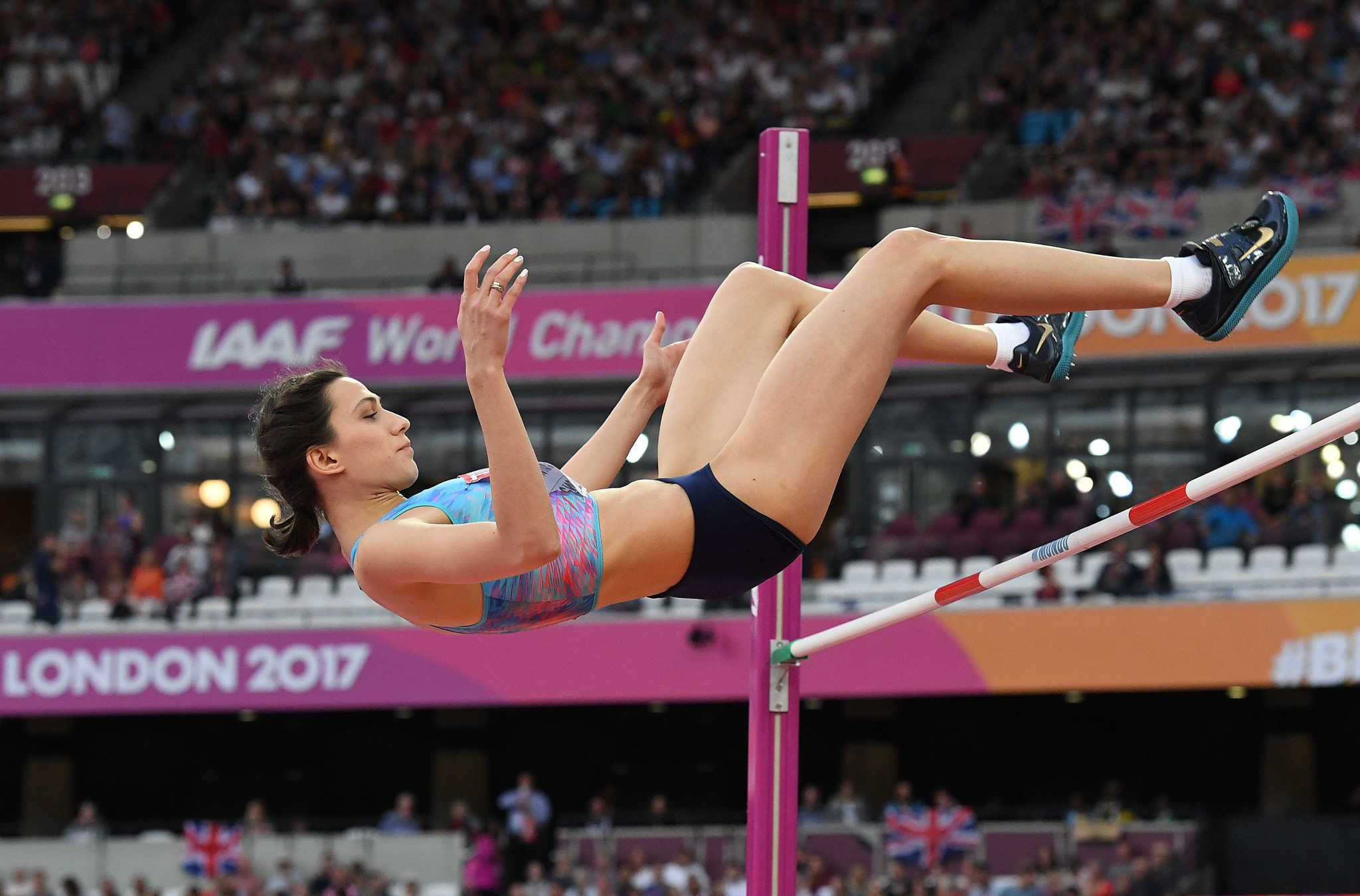 Mariya Lasitskene became the first athlete to win a gold medal competing under a neutral banner as she justified her tag as the pre-event favourite in the women's high jump at the International Association of Athletics Federations (IAAF) World Championships here today.

Lasitskene, née Kuchina, was widely expended to defend the title she won in Beijing two years ago after arriving in London as the only high jumper to have cleared 2.00 metres this season - a feat she had achieved 11 times.

The Russian's best of 2.06m is just three centimetres shy of the world record.

By the end of the day she had been joined in 2.00m-plus territory by Ukraine’s Yulia Levchenko, who cleared 2.01m to earn silver ahead of Poland’s Kamila Liciwinko, who had a best of 1.99m.

Lasitskene had plenty to spare, though, as she became the only competitor to clear 2.03m to earn some consolation for having missed last year's Olympic Games in Rio de Janeiro because Russia were banned following allegations of state-sponsored doping.

When the dominant 24-year-old received her gold medal the IAAF anthem played rather than the Russian one.

Allowed to compete here as an Authorised Neutral Athlete, her progress faltered only once, when she failed in her first attempt at 1.99 - a height Levchenko cleared first time.

But she returned to business as usual with first-time clearances at 2.01m and her winning height.

"I hope I still have the potential to break the world record this season."

France's Kevin Mayer, silver medallist in the decathlon at Rio 2016 behind the now-retired world record holder Ashton Eaton of the United States - who has since retired - built on his overnight lead of 57 points to end up as global champion with a total of 8,768 points.

It was France’s second gold at these Championships following the shock 800 metres victory by Pierre-Ambroise Bosse.

The German pair of Rico Freimuth and Kai Kazmirek took silver and bronze with 8,564 and 8,488 points respectively.

Mayer, the 25-year-old from Argenteuil, made his intentions clear as he set a personal best of 13.75sec in the opening event of the second day, the 110m hurdles, earning him 1,007 points.

The only moment of insecurity he faced came in the pole vault, where he only cleared his opening height of 5.10m at the third and final attempt - but it was enough to earn him 941 points.

"I am so, so tired," said Mayer after crossing the line to clinch the title.

"I cannot even imagine I am the world champion - I just want to say this is the most amazing public in the world.

"I feel so happy to finish this decathlon.

Johannes Vetter, who produced a javelin throw of 94.44m last month that put him second on the all-time list behind world record holder Jan Železný, ended up winning his first major title with a relatively conservative first round effort of 89.89m.

Everyone looked to his German colleague Thomas Röhler, who started his season with a 93.90m effort, for a response.

But the Olympic champion, despite a consistent series, was unable to do better than 88.26m.

He was eventually bumped out of the medals by a personal best final effort of 88.32m that earned Petr Frydrych of the Czech Republic bronze, just behind his compatriot Jakub Vadlejch, whose earlier personal best had reached 89.73m.

"It was very emotional for me at the end of the competition because of the pressure in the last few weeks and days - it was very high," said Vetter.

"But the main reason is because I am so thankful for the team around me.

"I changed three years ago to a new coach, Boris Obergfoell - he is the key to my success."

Few would have predicted victory by 16 centimetres, with a throw under 90m, for the barnstorming 24-year-old from Dresden.

But this was all about gold rather than distance, and Vetter’s face was suffused with emotion as the realisation of his triumph sank in, requiring the German flag to wipe away the tears as he made his lap of honour.