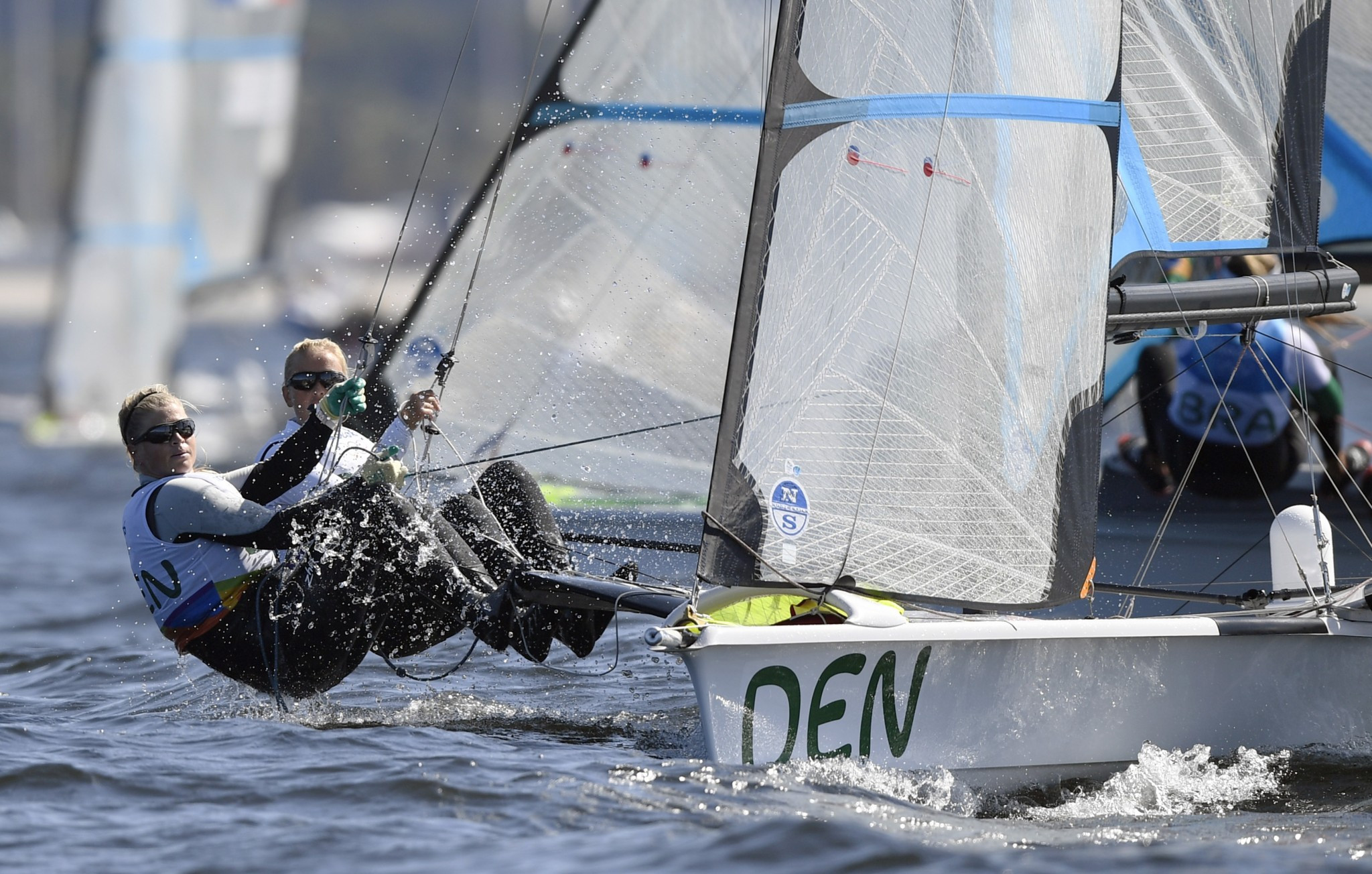 Denmark's Jena Hansen and Katja Salskov-Iversen secured the gold medal in the 49erFX class on the opening day of medal races at the test event for next year's World Sailing Championships in Aarhus.

The Olympic bronze medallists had virtually guaranteed themselves gold with an outstanding performance yesterday but recorded two race wins and a third today to finish on 37 points in total.

A first, second and third today saw them finish on 84 points for the event.

A second place finish in the medal race was good enough following her domination earlier in the competition as she finished in first place on 19 points.

Italians completed the podium with Marta Maggetti finishing second on 52 and Flavia Tartaglini sealing third on 53.

After finishing second today, Giard completed the competition on 43 points.

An eighth place finish in the medal race cost him dear as he was forced to settle for bronze behind Giard.

Kiran Badloe of The Netherlands completed the top three on 47 points.

The event is due to conclude tomorrow with the remaining medal races.

Although it is a test event, the competition is not taking place at the venue due to hold the World Championships next year.

The Aarhus 2018 World Championships will be centred around the brand-new Aarhus International Sailing Centre, located within walking distance from the Danish city.

Action this week is being held on the Egå Marina, just outside the city of Aarhus.