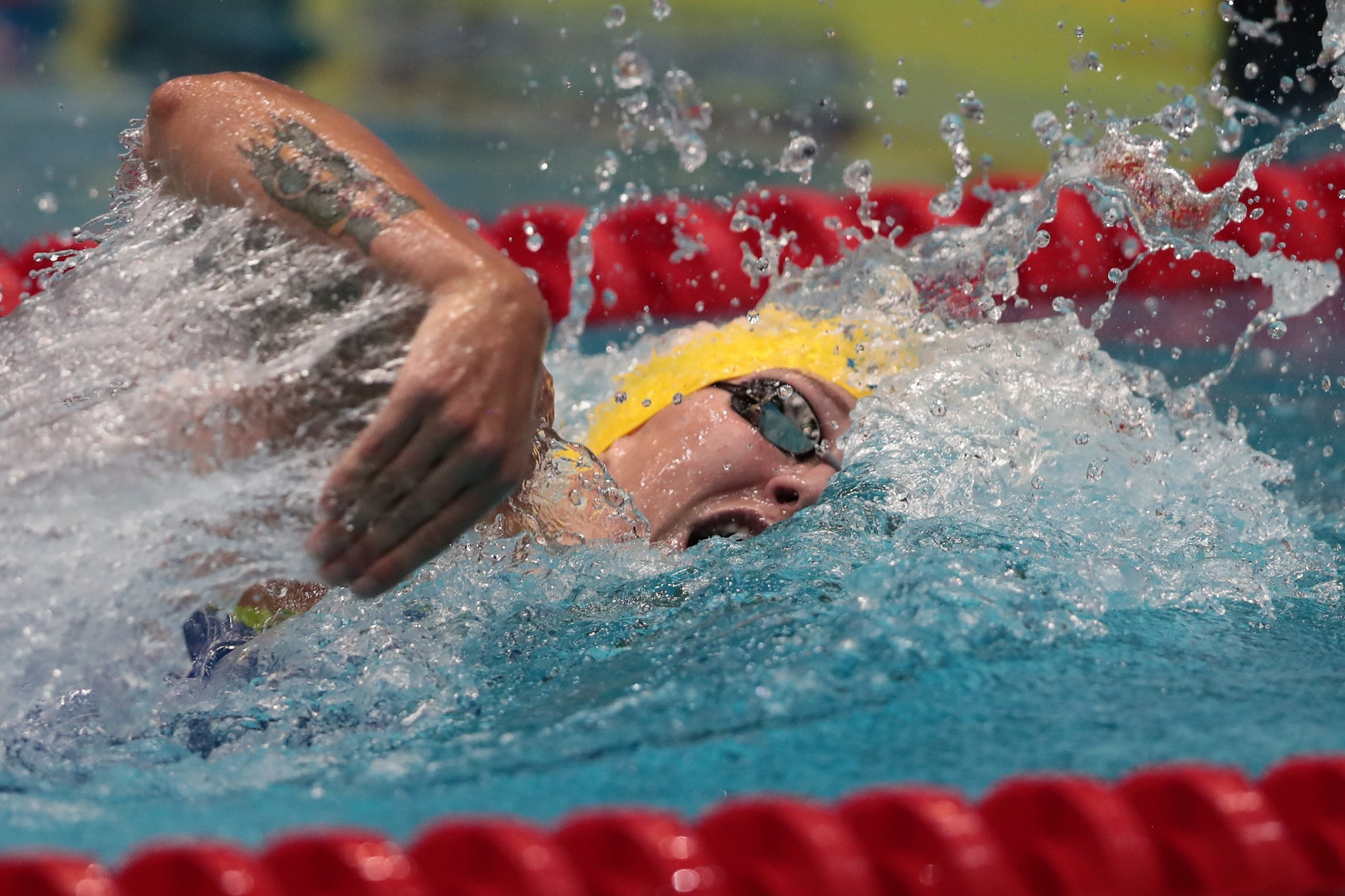 The 23-year-old clocked a time of 50.58sec at the Nationaal Zwemcentrum de Tongelreep, slicing 0.19 seconds off that which she set at last week’s FINA Swimming World Cup stop in Moscow.

Home favourite Ranomi Kromowidjojo had to settle for the silver medal in 51.19, while Australia’s Cate Campbell took bronze in 51.75.

Russia were the biggest winners today, claiming three gold medals in all.

Two of those came courtesy of Vladimir Morozov, winner of the men’s 100m individual medley and 50m freestyle events.

Russia’s other gold medal was won by Aleksandr Krasnykh after he came out on top in the men’s 400m freestyle in 3min 38.35sec.

Norway’s Henrik Christiansen claimed the silver medal in 3:38.42, while Italy’s Gabriele Detti came away with the bronze in 3:38.85.

Among the other multi medal-winning nations today were Hungary and Spain thanks to two gold medals each for Katinka Hosszú and Spain’s Mireia Belmonte.

The Hungarian then prevailed in the women’s 200m individual medley in 2:05.01 with Americans Melanie Margalis and Ella Eastin completing the podium in 2:05.65 and 2:06.37 respectively.

Belmonte set herself on the way to double gold by winning the women’s 200m butterfly in 2:03.02.

There was also success for Belmonte in the women’s 800m freestyle, posting a time of 8:07.47 to condemn Germany’s Sarah Kohler to the silver medal in 8:12.45.

The one other country to claim two gold medals today was South Africa with Chad le Clos winning the men’s 200m butterfly in 1:48.67 and Cameron van der Burgh triumphing in the men’s 50m breaststroke in 25.63.

The United States’ Tom Shields took the silver medal in the 200m butterfly in 1:49.29 and Japan’s Masayuki Umemoto secured bronze in 1:52.12.

Other winners today included Jamaica’s Alia Atkinson in the women’s 100m breaststroke in 1:02.67.

Japan’s Masaki Kaneko won the men’s 100m backstroke in 49.65 and the day ended with hosts The Netherlands tasting victory in the mixed 4x50m medley relay in 1:39.34.

Action in Eindhoven is due to conclude tomorrow.