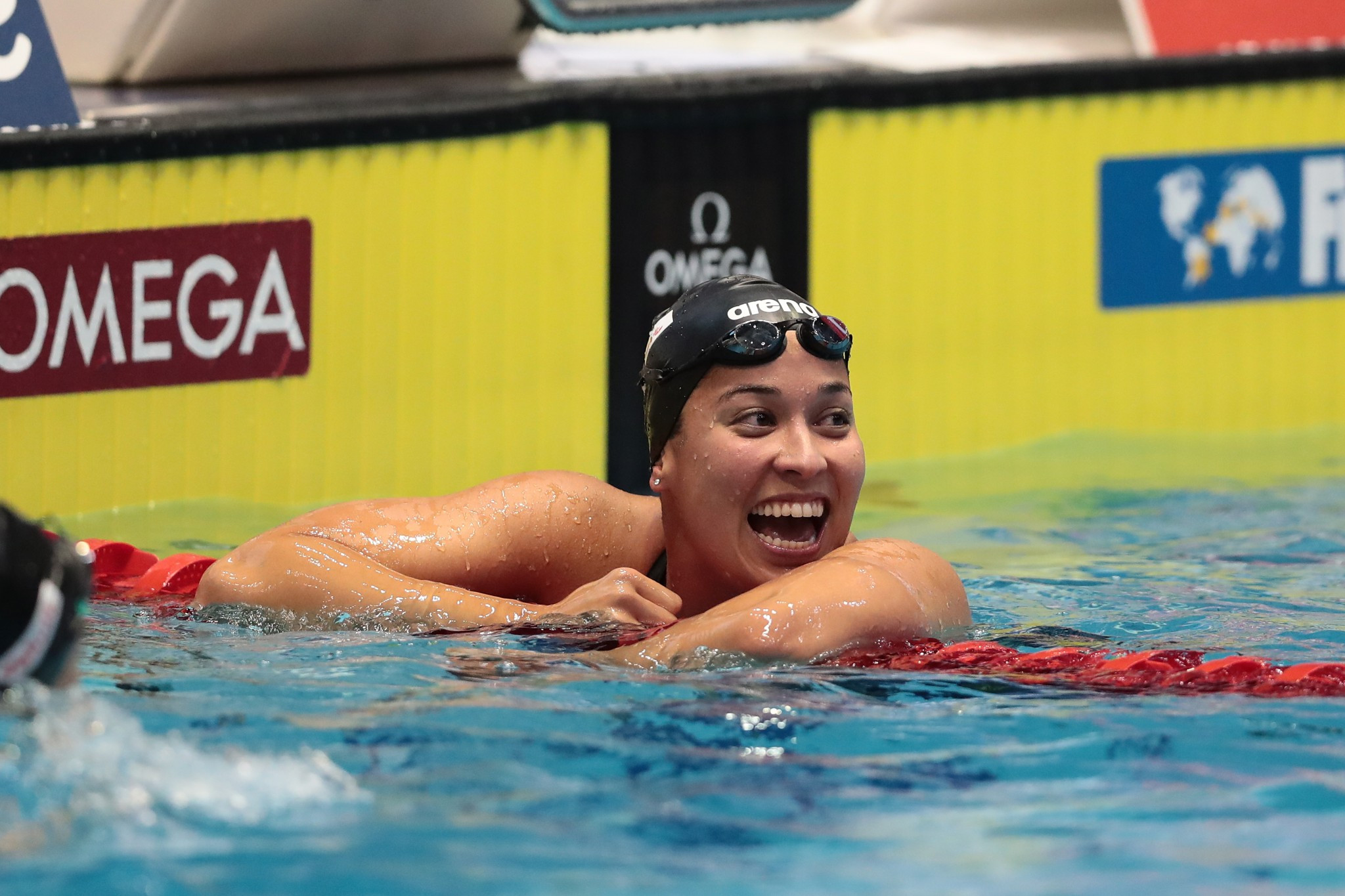 The Netherlands’ Ranomi Kromowidjojo has announced she intends to continue her career through to the Tokyo 2020 Olympic Games on the eve of the two-day International Swimming Federation (FINA) Swimming World Cup leg in Eindhoven.

Earlier this week, Kromowidjojo re-claimed the women’s 50 metres freestyle world record with a time of 22.93sec at the FINA World Cup in Germany’s capital Berlin.

The 26-year-old told a pre-event press conference she knew she wanted to carry on competing prior to last month’s FINA World Championships in Budapest in Hungary.

"I decided today, because there was a press conference, that I would tell everybody and then the word is out," Kromowidjojo said.

"That way, nobody is talking about my last races coming up and putting pressure on me.

"I really love swimming and love improving at it, getting better every day."

Kromowidjojo won gold medals at the London 2012 Olympics in the women’s 50m and 100m freestyle events, but she has since been overshadowed by younger rivals.

Among them is Sweden’s Sarah Sjöström, who set a world record of 23.67 on her way to winning the women’s 50m freestyle at the 2017 World Championships.

Kromowidjojo is hoping to compete throughout the FINA World Cup series, continuing tomorrow in front of a home crowd in Eindhoven.

"I thought it would be more difficult to keep going physically, but I’m still standing," she said.

"A lot of the swimmers are a little tired, but it’s really nice to go from long course to short course.

"The first race in the 25m pool is always strange, especially under lights - it’s so fast and you miss your turns."

But he admits he faces a different kind of challenge in Eindhoven, where he has lived for more than seven years.

"It’s the turns that are the biggest problem, and the speed is quite high for me," Weertman said.

"I didn’t get the results I wanted in Berlin, but hopefully those races in Berlin will help me do better here.

"My PBs (personal bests) in the 1,500m and 400m are from the World Cup in Eindhoven four years ago, so it would be nice if I could break them again, now we are back here."

Spain’s Mireia Belmonte will be renewing her rivalry with Hungary’s Katinka Hosszú, who pipped her to the women’s 400m individual medley title at the 2017 World Championships.

Sjöström and South Africa’s Chad Le Clos are among the are other big names lining up for the third leg of the World Cup, which brings the European cluster to a close.