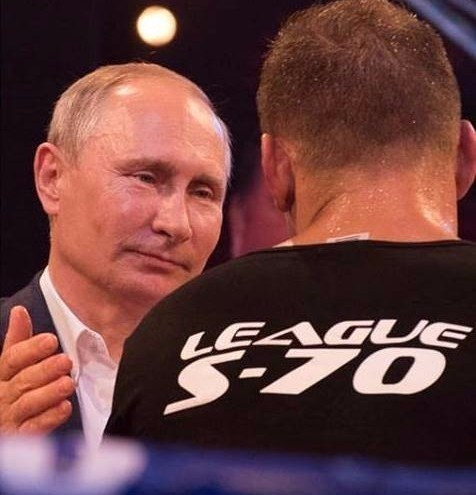 Russian President Vladimir Putin was among those in attendance at the eighth edition of the Plotforma S-70 international sambo tournament held in Sochi.

Putin, an Honorary President of the International Sambo Federation (FIAS), took part in the awarding ceremony before greeting the event’s participants and hosts.

"I want to thank them for that."

Spectators were treated to 10 professional combat sambo fights, each of which consisted of three five-minute rounds.

Five-time combat sambo world champion Vyacheslav Vasilevsky of Russia and Brazil's Luis Sergio Melo Junior faced each other in the final of the men’s under-84 kilograms category.

Vasilevsky prevailed in what was dubbed the "Fight of the Night".

Russia went on to beat the rest-of-the-world side 7-3 in the team competition.

Putin was joined at the event by the likes of Russian Prime Minister Dmitry Medvedev and FIAS President Vasily Shestakov.

Shestakov told insidethegames later that same month that IOC recognition is the only step the FIAS desires for the time being.

In October, Putin called for "every effort" to be made to have sambo recognised by the IOC while addressing a session of the Council for the Development of Physical Culture and Sport.