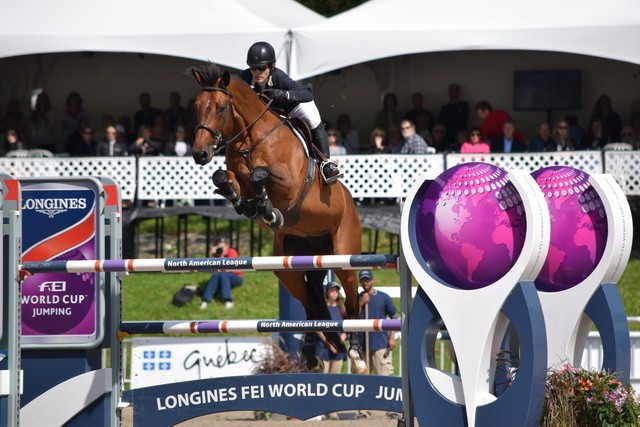 The 38-year-old, a Quebec native, emerged from a six horse jump off aboard Cescha M to win the opening leg of the 2017-2018 campaign.

She posted a gold medal-winning time of 43.39sec, incurring no penalties in the process.

Another Canadian, Jennifer Serek, took the silver medal on 43.70 while Heather Caristo-Williams of the United States was third on 45.73.

"She [Cescha M] had a very good year, and she’s always trying to win," Lapierre said.

"We built her up, and she’s just improving every year."

Third to take to the shortened track, designed by Belgium’s Luc Musette, Lapierre overtook Serek at the top of the leaderboard in the jump off with her flawless run.

She managed to cling onto top spot as the remaining competitors failed to beat her time.

"Every time I jump here, I feel the crowd is jumping with me," Lapierre added.

“I think that's why I went faster than Jen.

"The crowd was pushing me and I had an advantage."

Action in Bromont launched the east coast sub-division of the North American League.

The west coast alternative begins at Langley on August 27.