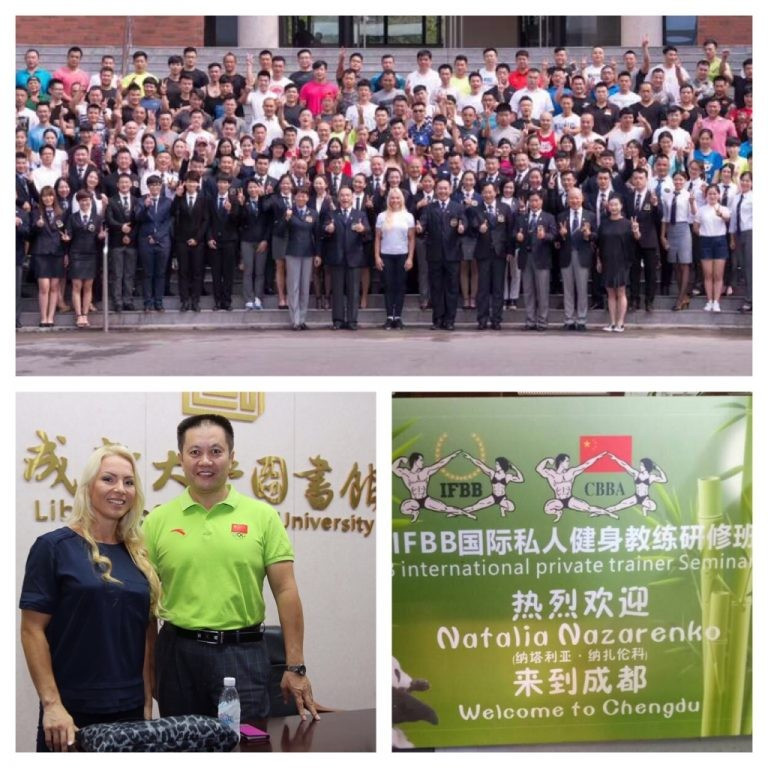 The Chinese Bodybuilding Association (CBBA) has held a course for people interested in improving their fitness training regimes.

The event in Chengdu was held in conjunction with the International Federation of Bodybuilding and Fitness (IFBB) with the focus being on nutrition and training.

Hundreds of athletes and coaches attended the course which led by IFBB official and former world fitness champion Natalia Nazarenko.

Supervising the event on behalf of the CBBA was their general secretary Gu Quiao.

Elements of the course, one of more than 100 hosted annually by the CBBA, looked at strategies used during competition and training.

The CBBA was established in 1992, seven years after China became the 128th member of the IFBB.

It is composed of bodybuilding and fitness associations from provinces, autonomous regions and municipalities based around the Asian nation and stages more than 20 national competitions each year.