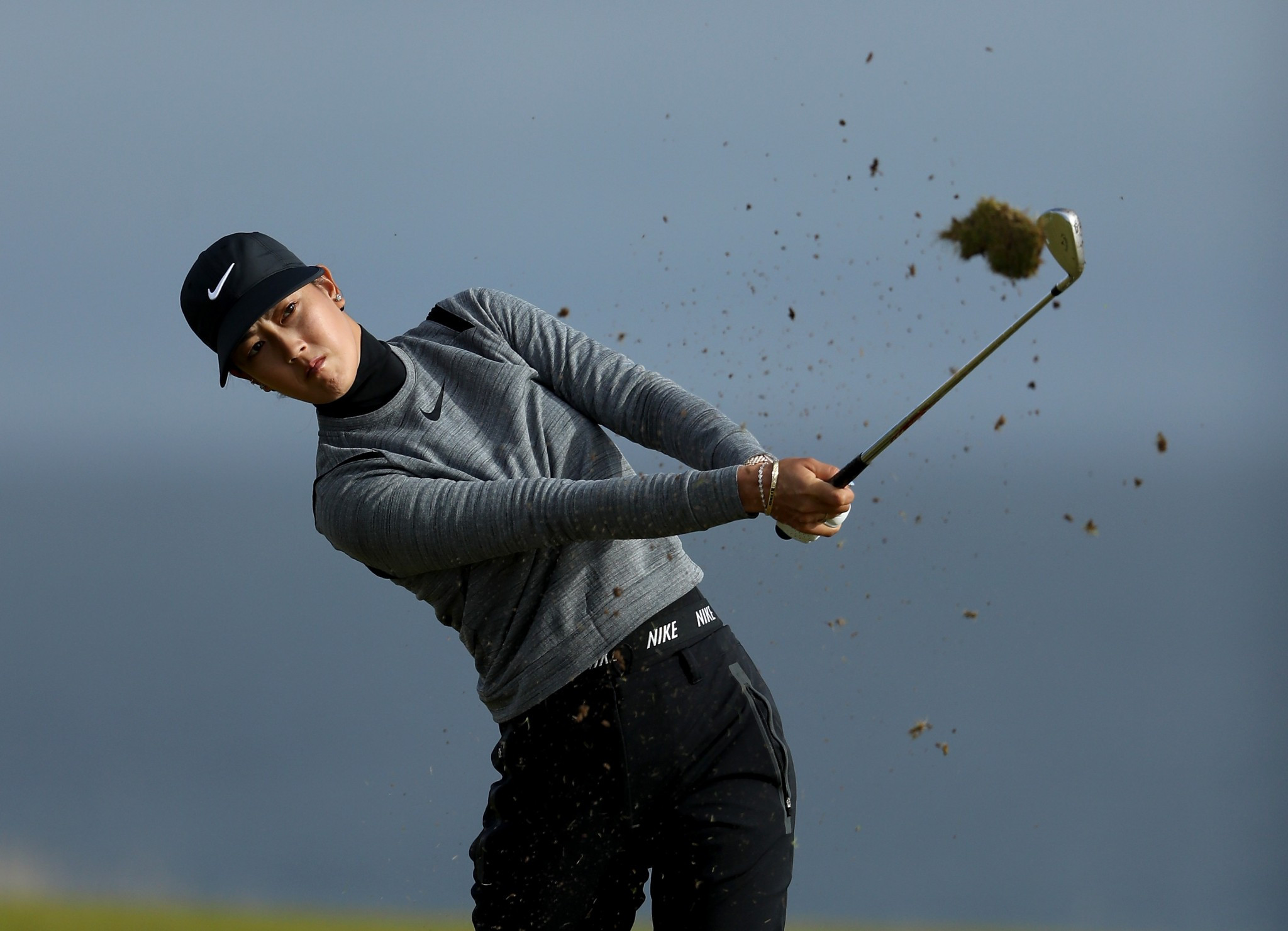 Michelle Wie of the United States carded a course record eight-under-par 64 as she topped the leaderboard after the first round of the Women's British Open at Kingsbarns in Fife in Scotland.

The 27-year-old was in superb form on the opening day of the major as she hit nine birdies to finish at the summit of the standings.

Wie, whose only major triumph came when she won the US Women's Open in 2014, is one clear of South Korea's Kim In-Yung, who fired a seven-under-par round of 65.

American Lindy Duncan is a shot further back in third place.

The opening day was interrupted by two delays due to the threat of thunder, with the affected players forced to complete their respective rounds amid torrid conditions.

"Any time you shoot 64 on a golf course, especially knowing a place like Kingsbarns, it's pretty fun," Wie said.

"Winning the Women's British Open has always been a huge goal of mine.

Wie added: "I'm just really proud of myself for how I set myself up for the first day.

""It's a marathon, so a lot of golf from here to Sunday, but obviously winning the British Open would be just a dream come true."

Wie will be hoping her performance today lays the platform for her to lift the trophy after the fourth round on Sunday (August 6).

The American's best result at the British Open came when she tied for third back in 2005.

She will face stern competition from the challenging pack in the coming days, particularly from Kim, who showed her putting prowess with five birdies in the first eight holes.

"I felt like I struggled a little bit in the past at British Opens, so I made it a point to come to the Scottish Open last week and get some good practice in," added Wie.

"I felt like that really helped me a lot, just getting used to playing links golf as it is so different."