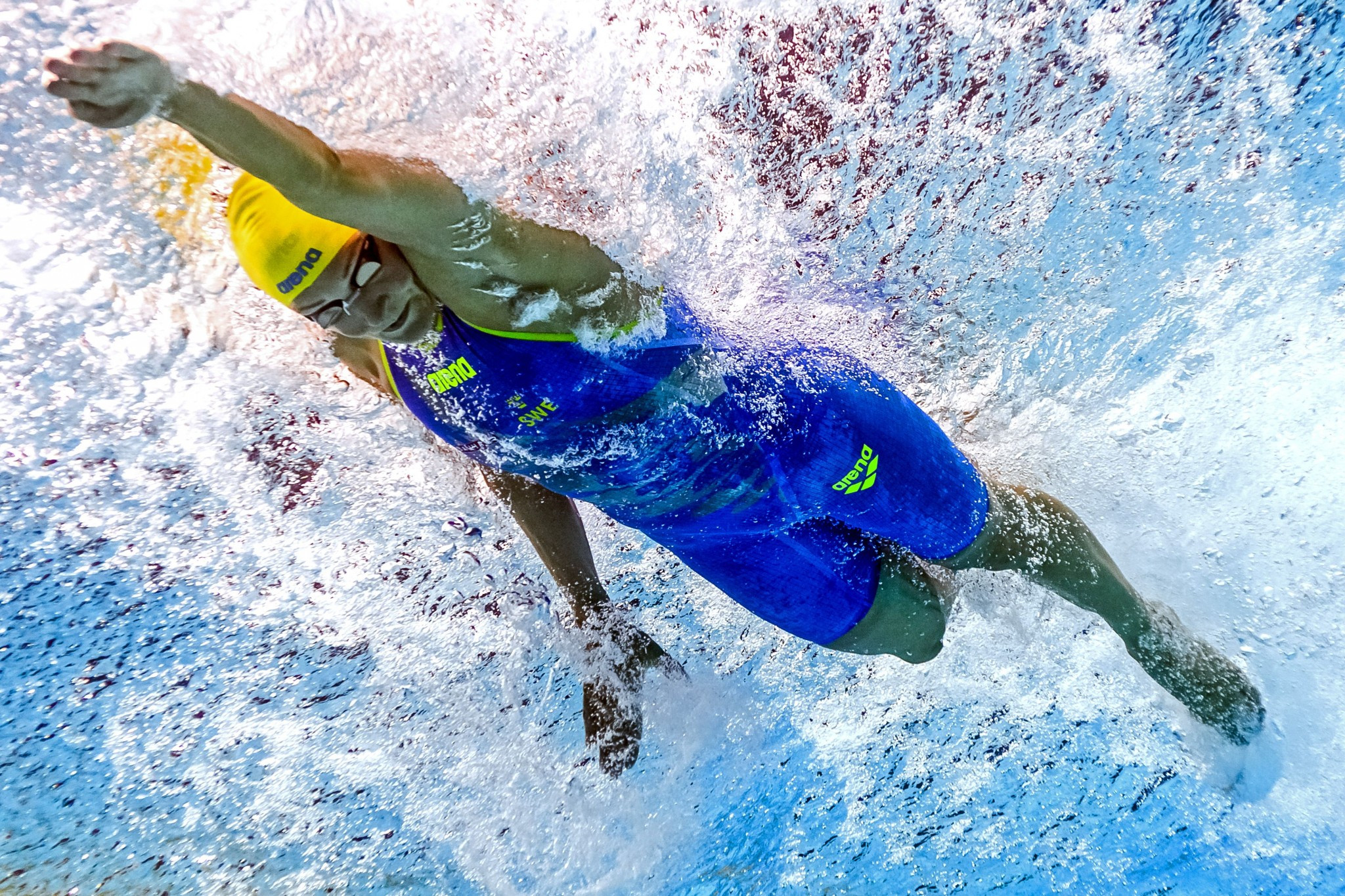 Sweden’s Sarah Sjöström broke a second world record in as many days on her way to claiming the women’s 100 metres freestyle title at the International Swimming Federation (FINA) Swimming World Cup in Russia’s capital Moscow.

The 23-year-old clocked a time of 50.77sec at the Olimpiyskiy Swimming Pool, slicing 0.14 seconds off the previous record set by Australia’s Cate Campbell in November 2015.

It came just a day after Sjöström broke the women’s 50m freestyle world record with a time of 23.10.

Campbell had to settle for the 100m bronze medal in 51.59, while The Netherlands’ Ranomi Kromowidjojo took silver in 51.14.

Sjöström also tasted victory today in the women’s 100m butterfly with a time of 55.70.

Russia’s Svetlana Chimrova was the runner-up in 57.02, followed by Jamaica’s Alia Atkinson in 57.56.

The one other multi-medallist today was Russia’s Vladimir Morozov, who won the men’s 100m medley and 50m freestyle before helping his country to gold in the mixed 4x50m freestyle relay.

Morozov and Fesikov were joined on the team by Rozaliya Nasretdinova and Veronika Popova.

Rounding out the podium were a CLB team, made up of swimmers racing for clubs beyond their own nation, in 1:33.11.

Russia also won gold in the men’s 400m freestyle event thanks to Aleksandr Krasnykh’s time of 3:38.85.

Italy’s Gabriele Detti was his nearest challenger in 3:39.02, while Norway’s Henrik Christiansen was the third-place finisher in 3:39.88.

Another country to win more than one gold medal today was South Africa, who claimed victories through Chad le Clos in the men’s 50m butterfly and Cameron van der Burgh in the men’s 100m breaststroke.

The next leg of the FINA World Cup is scheduled to take place in Germany’s capital Berlin on August 6 and 7.