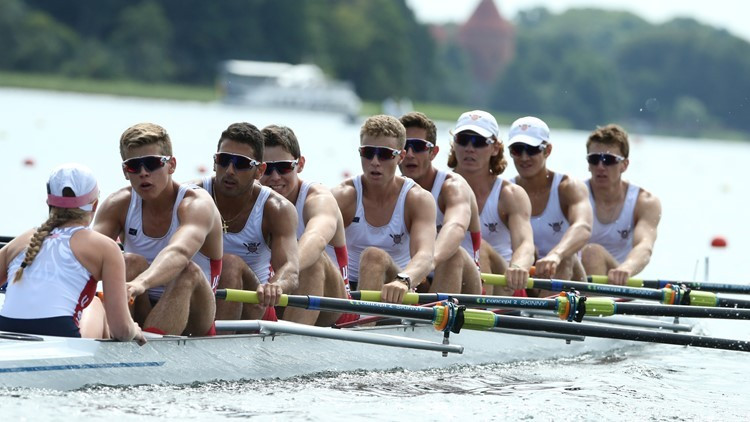 The US, silver medallists last year, set the fastest start and still held the lead in the closing stages.

But, despite upping their stroke rate to 40 per minute, Germany squeezed through to triumph in 5min 48.040sec.

The US crossed second, just 0.68 seconds behind.

Hungary will have to be content with a place in the repechage after finishing a distant third in 6:06.380.

Italy also secured a berth in the final after placing second in 5:52.090, 3.55 clear of third place Romania.

It came in sunny and flat conditions in front of an enthusiastic crowd on day two of competition.

Romania were more successful in the corresponding women's event after winning heat one in 6:35.690.

Germany repeated their men's success by crossing first in the second heat 6:29.840.

Others to reach the final directly today included quartets from Italy, Switzerland, the US and Germany in the men's coxed four.

Action in Trakai is due to continue tomorrow.