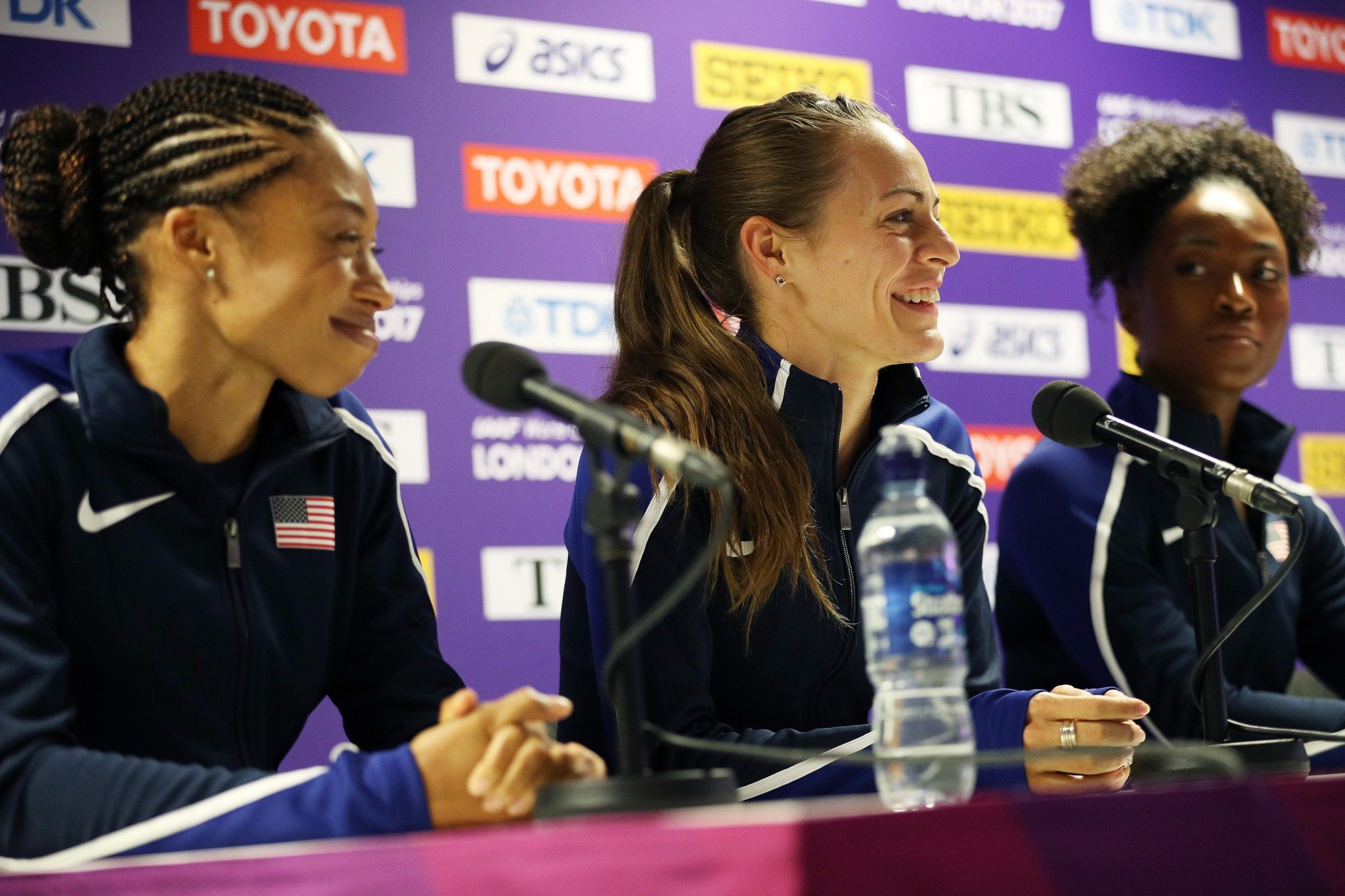 Simpson, third in the 1500m at last year's Olympic Games in Rio de Janeiro, also praised the IAAF for recognising athletes who have been cheated out of podium finishes at previous World Championships by holding medal ceremonies at this year's event in London, due to start tomorrow.

The 30-year-old American also called on the IAAF to take similar steps at future editions of the World Championships.

A common complaint is that drug cheats deny the rightful winners a podium celebration in front of a full stadium and the IAAF has moved to address the issue.

Some of the athletes who will receive medals here have been waiting a decade to be given their prize, however.

"It is difficult to watch an award ceremony that is 10 years worth of correcting," Simpson said here today.

"You can be retired and long gone and then finally be given what you deserve.

"The sport has to care about that and fix that.

"There is a little bit of an ache in my heart when I see that but certainly it is fun to be able to celebrate setting the record straight.

"My emotions are split between the ache and that joy.

"They are making a big deal out of it to have an award ceremony at a World Championships.

"It is exciting and is right.

"Hopefully this is a model for how they will correct things as we move on in the future."

Russia had originally won the title on home soil, but Antonina Krivoshapka received a two-year doping ban in April.

British and French quartets, promoted to silver and bronze respectively, will also attend the ceremony.

British heptathlete Jessica Ennis-Hill will receive the gold medal from the event in Daegu six years ago.

It was won by Russia's Tatyana Chernova, who was stripped of the title in November 2016 following analysis of her athlete biological passport.

Ennis-Hill, the London 2012 Olympic gold medallist and now a triple world champion, will be given her crown here on Sunday (August 6), while Jennifer Oeser of Germany will pick up her upgraded silver.

Other medals to be presented tomorrow include British bronzes from Berlin and Daegu in the women's 4x400m relay.

McCorory will also receive individual 400m bronze from Daegu, with Jamaica's Stephanie Ann McPherson receiving a medal of the same colour from the same event at Moscow.

The Netherlands' Rutger Smith will be given shot put bronze from Osaka on August 6, with race-walkers Eder Sanchez of Mexico and Giorgio Rubino of Italy gaining their medals on August 13.

They will be presented with Berlin 20 kilometres silver and bronze respectively at The Mall, following the walking ceremonies in London.