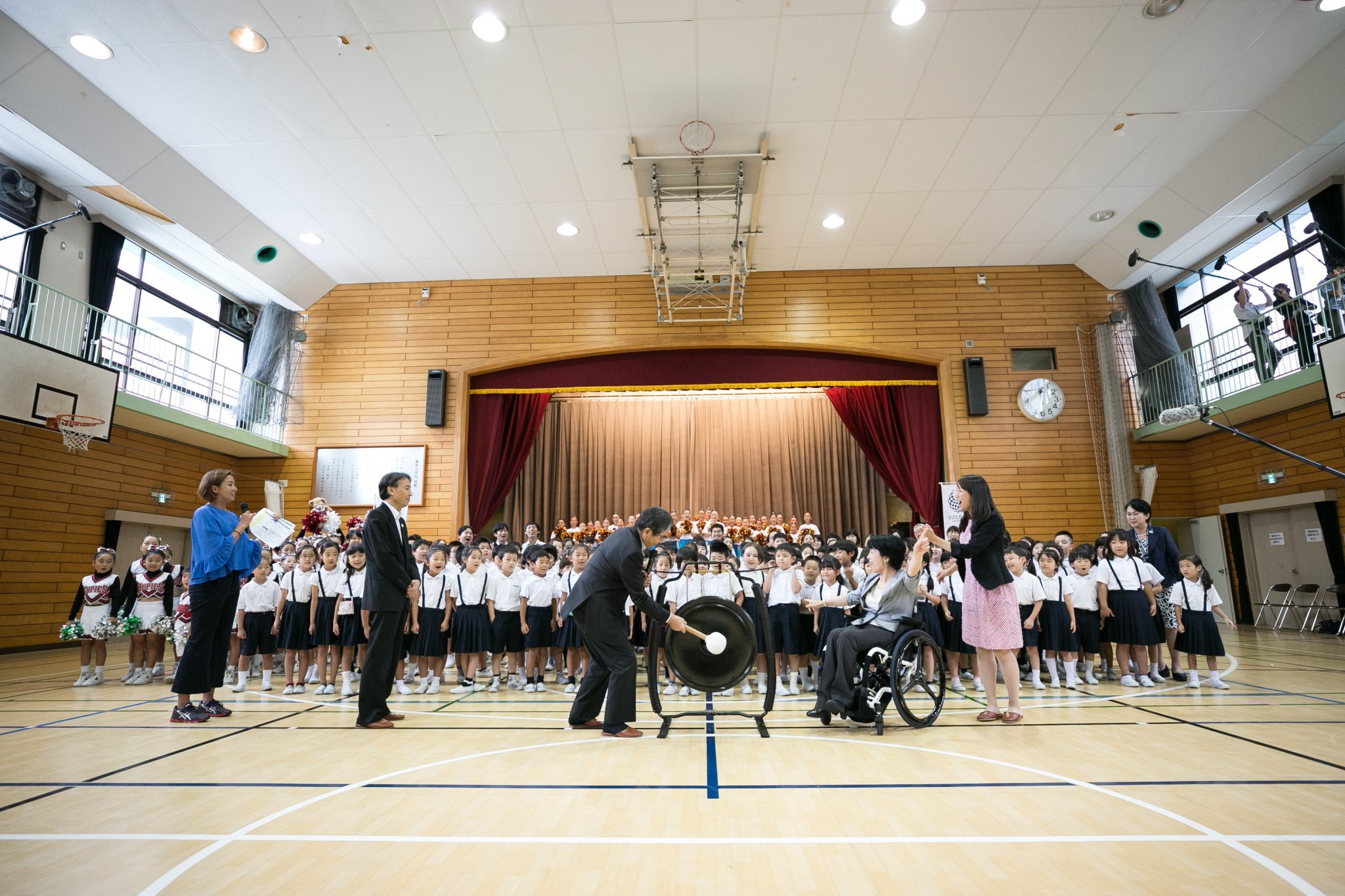 Tokyo 2020 have opened their mascot design competition for the Olympic and Paralympic Games, with the public encouraged to submit entries until August 14.

The competition was launched at the Kuramae Elementary School in Asakusabashi in Tokyo, with more than 200 schoolchildren in attendance.

It was announced earlier this year that pupils will play a key role in selecting the mascots.

Four-time Olympian Ai Sugiyama, a tennis player, and three-time Paralympic shooter Aki Taguchi supported the launch, with the athletes sharing their stories and experiences of competing at the Olympic and Paralympic Games.

"Japanese mascots are loved by many people around the world," said Miyata.

"You and your classmates will select the best mascots for the Tokyo 2020 Olympic and Paralympic Games.

"We are going to ask all elementary school children in Japan to play this important role.

"We hope many people will enter this competition starting today."

Tokyo 2020 confirmed the competition process in May, where they unveiled an "innovative judging process".

Shortlisted designs for members of the public will be reviewed by elementary school classes, including those in international schools.

Pupils in individual classes will vote, with each class choosing their single preferred set of designs.

Tokyo 2020 will select the design set which attracts the largest number of classroom votes.

The design submission period is due to take place from August 1 to 14 with the mascot selection process panel due to draw up a shortlist of design sets in December.

Elementary schoolchildren will vote on the shortlist from December to January and the design set with the largest number of votes is scheduled to be announced as the winner in March.

From July to August 2018, the selection process panel will decide the names for the winning mascots.

Tokyo 2020 had revealed in March that the names will come from creative professionals, rather than from the general public.

Mascots are a popular element of modern Japanese culture, usually created to promote a particular region, event or business.

They are often deployed by Local Governments or other organisations to stimulate tourism and economic development, or by companies to build on their corporate identity.

A "creative brief", which can be accessed here, has been produced with a set of design guidelines and criteria for applicants.

Tokyo 2020 set up a special panel last year to decide the process by which the mascots would be chosen.

The panel met on numerous occasions and earlier this month submitted its recommendations, which have now been approved.

It was established by organisers as they aimed to avoid the controversy surrounding their logo in 2015.

The process of choosing a replacement logo was also criticised.