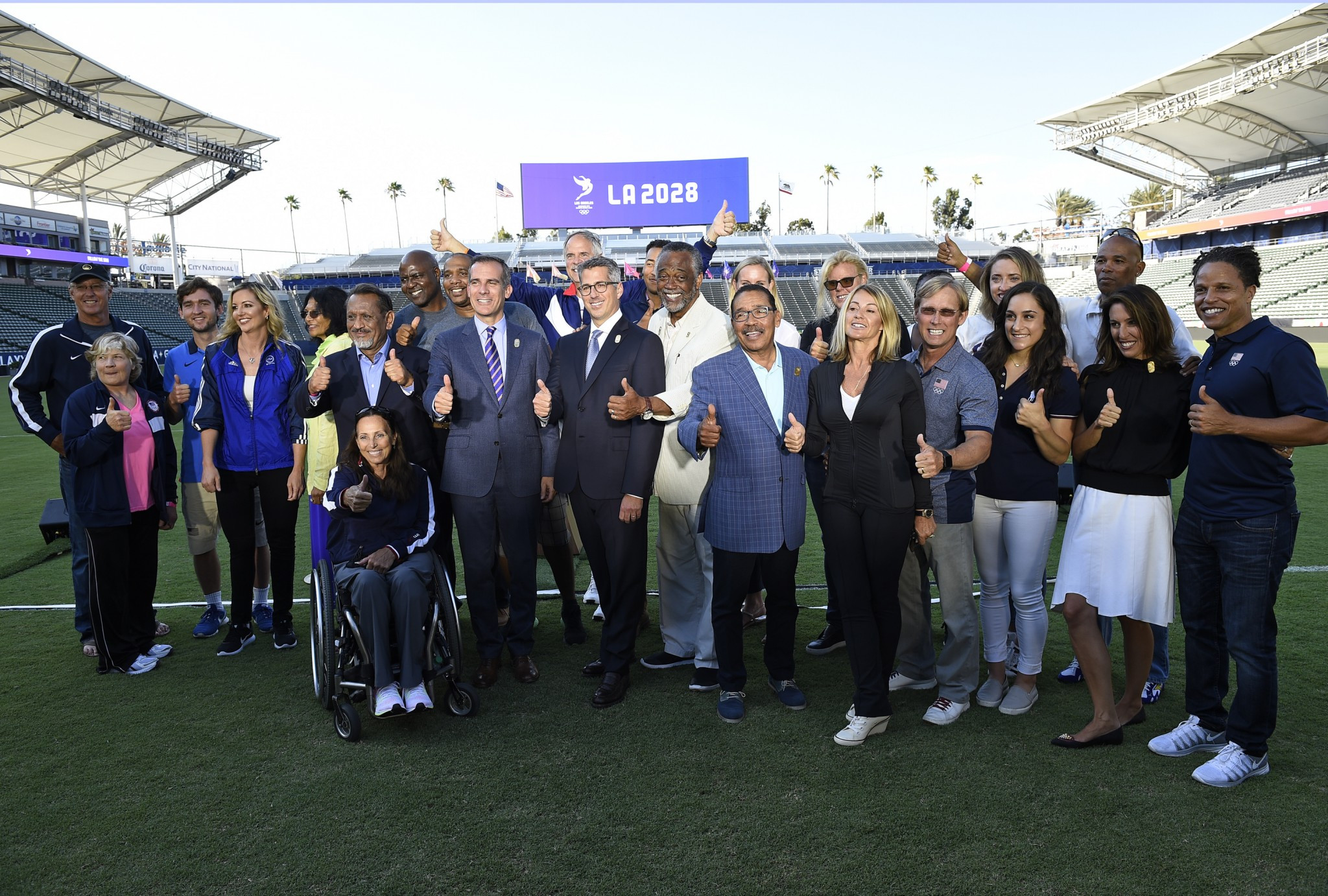 The International Olympic Committee (IOC) will start sending money to California almost immediately if full agreement is reached for Los Angeles to host the 2028 Olympic and Paralympic Games.

The 46-page Host City Contract, published yeterday, stipulates that quarterly instalments of $9 million (£7 million/€7.5 million) would begin to flow from Lausanne to the Los Angeles 2028 Organising Committee for five years starting at latest on January 1, 2018.

This would be out of an eventual contribution of $898 million (£680 million/€761 million) from the IOC’s broadcasting revenues.

The IOC has already agreed a deal worth $7.7 billion (£5.8 billion/€6.5 billion) for broadcasting rights to the Olympic Games between 2021 and 2032 in the United States alone.

Los Angeles agreed on Monday to host the 2028 Summer Olympics and Paralympics, meaning Paris will stage the event in 2024, the centenary of the last occasion that the French capital hosted the Games.

The two cities are now expected to be formally confirmed as hosts at the IOC Session on September 13 in the Peruvian capital Lima.

Under the traditional timetable, the 2028 Games would not have been awarded until 2021.

However, the contract suggests that the plan is to get straight down to work, with an Organising Committee formed within five months of the document’s execution.

A marketing plan agreement between the IOC and the Organising Committee would then, in turn, be executed by the end of next year, almost a full decade before the Games take place.

Any surplus derived from the 2028 Games is to stay in the US, with the United States Olympic Committee, taking 20 per cent and the rest to be used for “the general benefit of sport and youth” in Los Angeles and the nation at large.

The last time the Summer Games were hosted in the city, in 1984, a surplus of more than $200 million was generated.

Read a rundown of the costs mentioned in the unsigned Host City Contract for Los Angeles in David Owen's blog here.