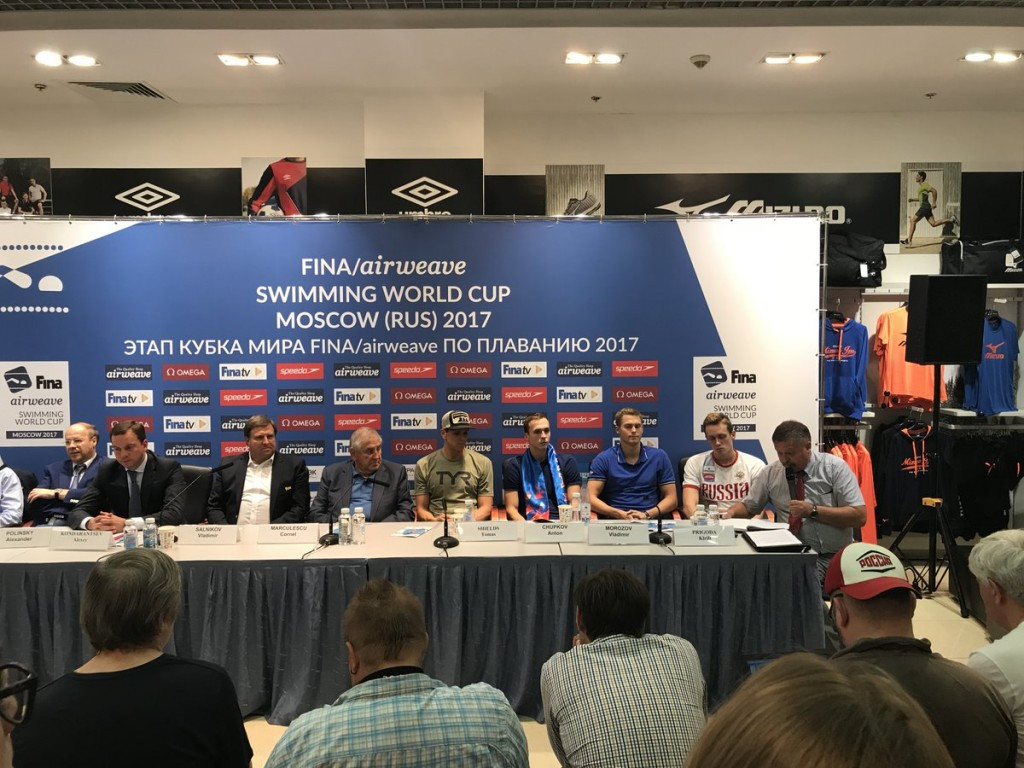 It comes just three days after the conclusion of the World Championships in Budapest with Hungary’s Katinka Hosszu, who won two titles in front of her home crowd inside the Duna Arena, expected to be among the starters for the opening event at the Olimpiyskiy Swimming Pool.

Hosszu has been the dominant force in recent World Cup seasons, finishing top of the women’s standings in the last five editions after entering into almost every discipline.

She launched the Global Association of Professional Swimmers (GAPS) with several of the sport’s top swimmers last month, after criticising changes to the World Cup.

Changes made by the governing body limited competitors to four individual events per meet.

The governing body also promised there will be increased financial rewards for each race with swimmers competing for prize money of $3,900 (£3,000/€3,400) per race.

The overall amount of prize money available could rise to $2 million (£1.5 million/€1.8 million).

In a post on Twitter, Hosszú claimed the limited the number of events swimmers were allowed to enter was "ridiculous" and that "swimming is going backwards".

However, the Hungarian is expected to compete at the opening World Cup event.

Russia’s Vladimir Morozov, winner of the men’s classification last year, will compete in front of a home crowd.

Jamaica’s Alia Atkinson is also poised to take part, after she opted not to compete at the World Championships.

The World Cup will be split into three clusters, with the event in Moscow getting the series underway, as action will take place until August 3.

Competition will then be held from August 6 to 7 in Berlin, with the first cluster concluding in Eindhoven with an event on August 11 and 12.

Doha, Dubai and Hong Kong will stage World Cup events in September as part of the second cluster, while Beijing, Tokyo and Singapore will host the third cluster of events in November.