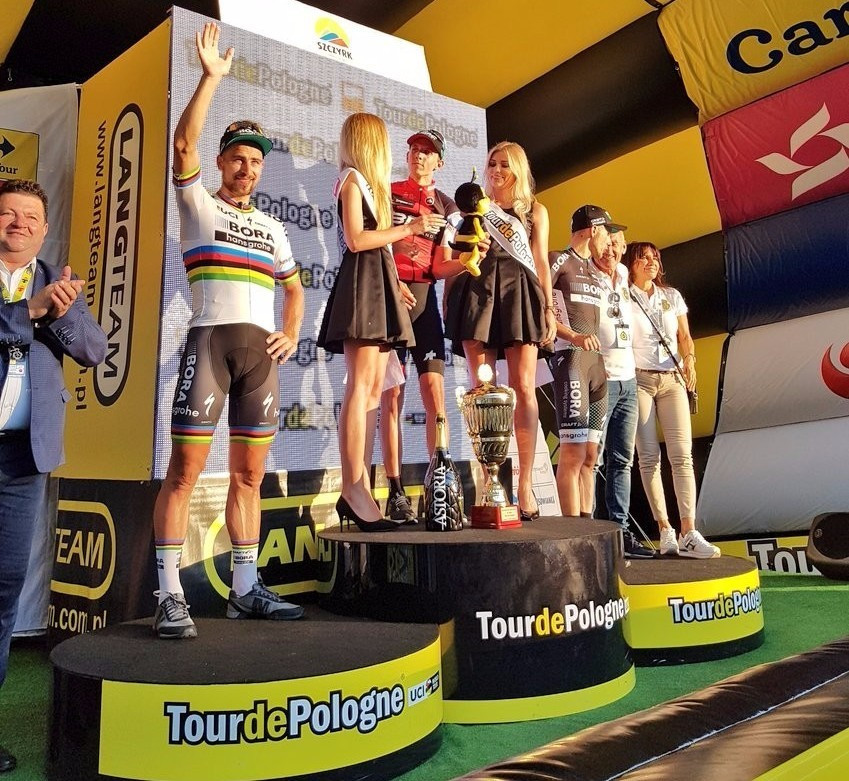 Belgium’s Dylan Teuns triumphed on the third stage of the Tour of Poland as the overall race lead passed back to world champion Peter Sagan.

A hilly 161 kilometres course from Jaworzno to Szczyrk was expected to alter the general classification, following the opening two sprint stages.

The Netherlands’ Danny Van Poppel, a rider for Team Sky, was not anticipated to retain the race lead and he proved unable to hang on in the closing kilometres of the stage.

Teuns attacked on the steep final climb in Szczyrk, the BMC Racing rider pulling away to claim his maiden win on the International Cycling Union (UCI) WorldTour.

He finished in a winning time of 3 hours 51min 41sec, with Sagan holding on impressively to claim second.

The Slovakian was awarded the same time as the stage winner, along with his Bora-Hansgrohe team-mate Rafal Majka of Poland and The Netherlands’ Wilco Kelderman.

Sagan’s performance was enough to move him back into the overall race lead in his first race back since being disqualified from the Tour de France.

He leads the general classification by six seconds from Teuns, while Majka moved up to third position overall.

The home favourite is 12 seconds down on his team-mate.

The longest stage of the race is due to take place tomorrow, with the peloton riding 238km from Zawiercie to Zabrze.

A sprint finish is expected at the conclusion of the stage.