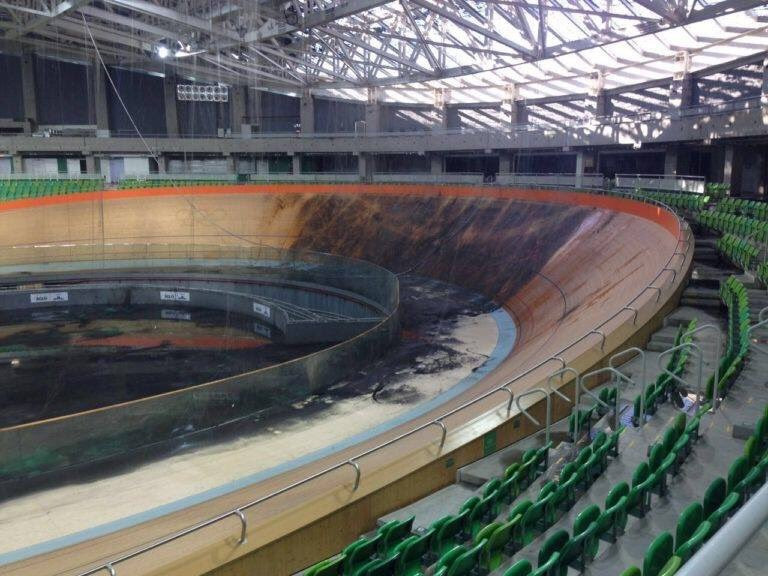 Legal proceedings have been opened after a fire caused damage to the Rio 2016 Olympic velodrome.

Brazilian Sports Minister Leonardo Picciani confirmed the fire yesterday, claiming the incident had been caused by a balloon striking the building.

The Governing Authority of the Olympic Legacy (AGLO) in Brazil have now opened a legal case.

The releasing of balloons and lanterns is illegal in Brazil, but it remain a common occurrence.

Picciani tweeted a picture of other balloons which had fallen near the velodrome.

During the Rio 2016 Paralympic Games, a small unmanned hot-air balloon crashed into the roof of Carioca Arena 3.

It caused a minor fire and water damage, with Rio 2016 communications director Mario Andrada stating it was most likely launched from one of Rio de Janeiro's favelas.

Balloons are a tradition in the city and are often used to celebrate church feast days.

The AGLO confirmed the legal case following an initial inspection of the velodrome.

Damage to the roof and a section of the track, which was constructed with Siberian wood, has been pictured but the AGLO said the cooling system at the velodrome does not appear to have been effected.

"The AGLO clarifies that civil police experts were on the spot and the preliminary assessment is that the cause of the fire was external," an AGLO statement read.

"It was also found that, in principle, there was no damage of a hydraulic or electric nature, thus not compromising the cooling system of the velodrome, which is in operation and maintaining the proper temperature of the Siberian wood composing the cycling track.

"According to police, the first assessment is that the internal damage is due to the burning of the velodrome cover and the water used to put out the fire.

"The civil defence also carried out an on-site inspection.

"In addition, at dawn, the fire department had already released access to the velodrome facilities for the AGLO team, which currently coordinates the first clean-up and damage mitigation actions with support from the Municipal Company of Urban Cleaning and municipal officials, pending the outcome of police expertise."

Feel so sad for all my friends back in Rio as a fire damages the velodrome. pic.twitter.com/B3lux0egoy

Located on the Barra Olympic Park, the velodrome is one Rio 2016 venue where concerns have been expressed about legacy.

The facility re-opened in May for the first time since the Games and hosted a three-day festival.

Organisers hoped the event would promote the velodrome as a major training facility in the region.

A karate championship was due to take place yesterday at the velodrome, but the AGLO have confirmed the event was moved to Carioca Arena 1, another Rio 2016 venue.

"Since its reopening, the space is still used for training of high-performance athletes on Tuesdays, Thursdays and weekends, as well as serving to carry out a supervised social inclusion project," the AGLO said.

Delays in its construction meant that no test event was held prior to the Olympic and Paralympic competition.