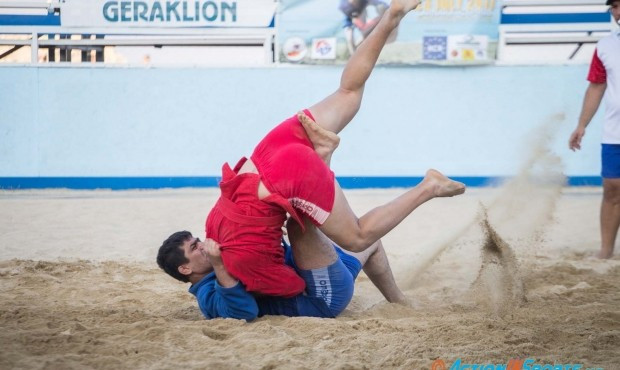 Cyprus claimed two out of a possible four gold medals at the Open Beach Sambo Championship in Larnaka.

The tournament was held at Finikoudes Beach, a regular venue for international tournaments for beach sports.

Around 30 sambists took part in the competition.

Cyprus' Kypros Andreou took gold in the 62 kilograms event after he defeated compatriot Christos Kafouris in the final on home sand.

There was also joy for the hosts in the over-90kg event.

He proved too strong for the hosts' Christinos Stavridis in the final of the 90kg event.

The President of the Cyprus Sambo Federation, Marios Andreu, and representatives of the city's administration took part in the medal ceremonies.

They included the Mayor of Larnaca, Andres Viras, and chairman of the Commission for Youth and Sports, Andreas Christophorou.