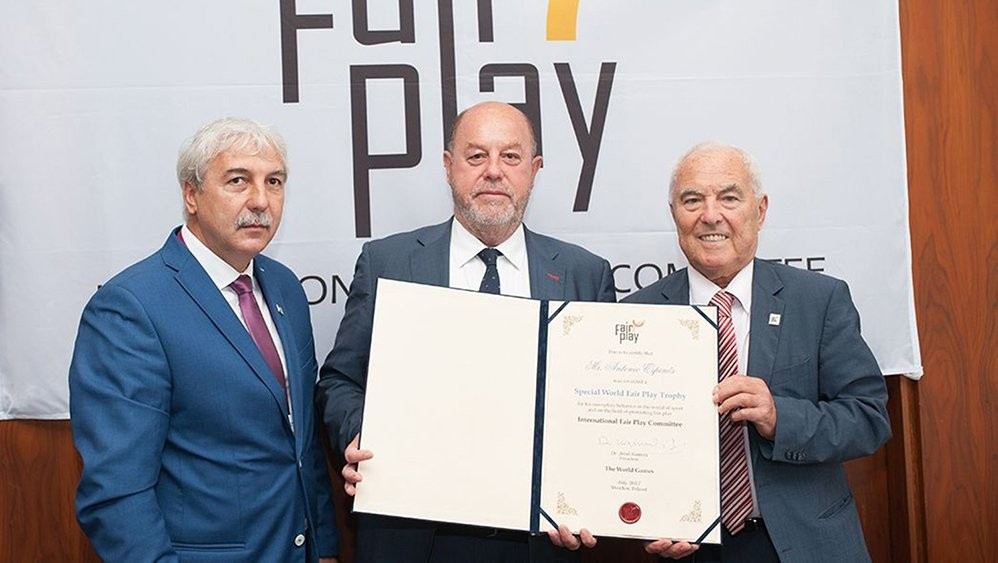 The Spaniard was handed the prize for his "pioneering vision and contribution in the development of karate".

His efforts in the promotion and enforcement of "honourable sports principles" was also recognised.

"I am really honoured to receive this award," said Espinós.

"The World Fair Play Trophy is very important for me.

"It will encourage me to continue working hard in the improvement and the development of this way of life among all the karate family."

The World Fair Play Trophy is awarded to those who have proved to be excellent ambassadors of fair play.

The award recognises acts of fair play, a general attitude of sportsmanship throughout a sports career and activities aiming to promote these values in sport.

Espinós was first elected WKF President in 1998 and Kamuti acknowledged his service over that period.

"This is recognition of a long process and activity of a management, which proves that karate is on the right track," said Kamuti.

Karate action concluded at Wrocław 2017 on Wednesday (July 26) with 12 sets of medals awarded.