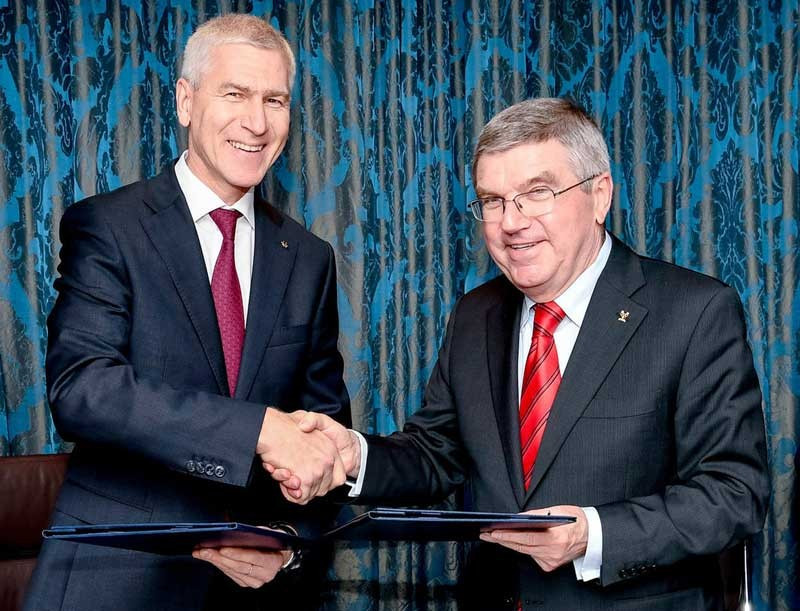 Their meeting was reportedly dominated by discussions about ongoing cooperation between the two organisations outlined in a Memorandum of Understanding last year.

Three specific areas which will drive FISU's relationship with the IOC forward were highlighted in the agreement.

Firstly, both organisations will work to develop a dual career programme to help ensure that athletes' sporting successes are complemented by academic attainment.

This will serve as the foundation of their careers after their time as elite sportsmen and women, it is hoped.

A second element involves FISU and the IOC "drawing on their respective experience from the Universiades and the Olympic Games to share best practice in sports competition management".

Thirdly, FISU expects to"maximise the contribution of universities to the Olympic Movement through sports competitions and also through research".

After meeting with Bach, Matytsin then discussed increasing education through sport in meetings with the IOC sports director Kit McConnell and the organisation's head of sports partnerships and coordination, Jennifer Mann.

They discussed the recently completed FISU Volunteer Leaders’ Academy in Kazan and the FISU Ambassador project.

The latter will soon be launched with the assistance of the IOC Athletes’ Commission.

The Russian's attention will now turn to next month's Summer Universiade in Taipei, due to take place from August 19 to 30.