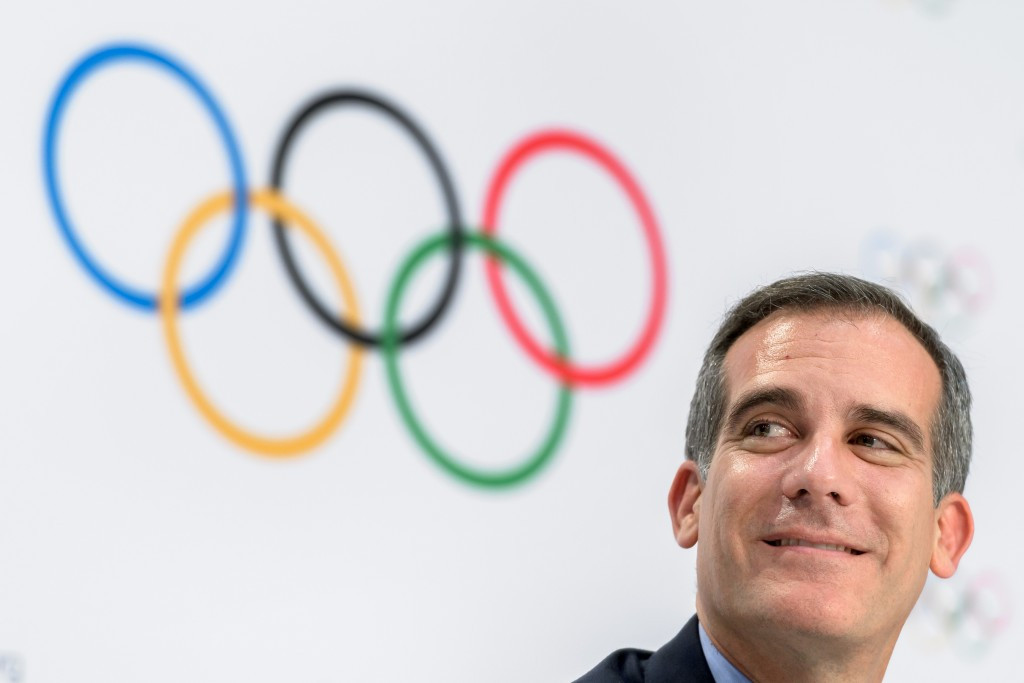 Los Angeles Mayor Eric Garcetti has admitted his city is ready to host the 2028 Olympic and Paralympic Games, leaving Paris to stage the event in 2024.

An official announcement could be made as early as next week once financial negotiations are completed.

The prospect of a double award for 2024 and 2028 was made possible earlier this month when plans received unanimous approval from the International Olympic Committee (IOC) at an Extraordinary Session in Lausanne.

Representatives from all three parties had already privately made clear that this is expected to end with Paris hosting in 2024 before Los Angeles holds the 2028 edition.

Speaking to Buzzfeed, Garcetti admitted that hosting the 2028 Olympic and Paralympic Games. was more likely for the city.

"Twenty-twenty-four is not probably most likely to happen, even though the Olympics would be smart to pick us for 2024.

"After we do the Olympics, there is usually a line of cities who would like to do it, so the sooner the better.

"That said, they are making it financially - and we are negotiating this - so attractive we would be stupid not to take 2028.

"My dream is not just to host the Olympics, but to make sport free for every kid here, starting in a year or two.

Under the approved plans by the IOC, spearheaded by President Thomas Bach, it was hoped that either Paris or Los Angeles would "raise their hand" and volunteer to host the later edition.

Garcetti, Bach and Paris Mayor Anne Hidalgo all joined hands in celebration when the double-award plans were confirmed.