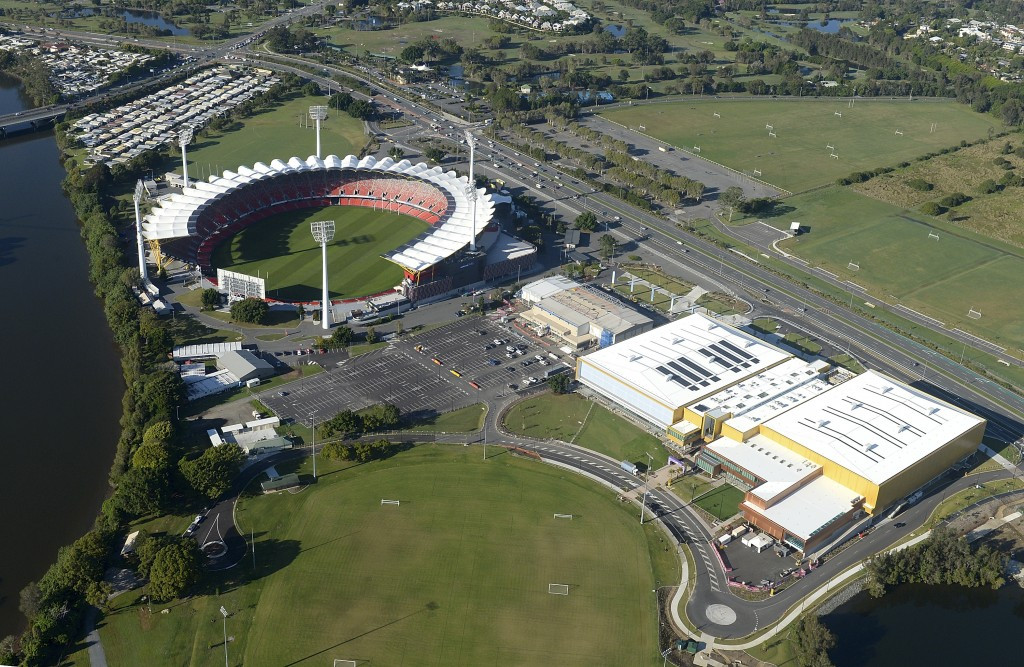 Work to ensure that Carrara Stadium is ready for Gold Coast 2018 has begun at the centerpiece Commonwealth Games venue.

Cockram Construction, who were named the official construction and civil works supplier for the Games in April, have begun groundwork on the warm-up facility.

Key to their work in the build-up to the Games will be delivering additional temporary seating, as well as installing the temporary track.

This work will begin later this year, with the track and seating expected to be fully installed by February.

The venue is scheduled to stage both the Opening and Closing Ceremonies of the Games, as well as athletics.

It currently holds 25,000 spectators but the additional seating will take capacity up to 40,000 for the Games.

Carrara Stadium is the home ground of Australian Football League (AFL) team Gold Coast Suns, who will need to play their first 10 home matches of next season at a different venue.

"In just 251 days the eyes of the world will be on the Gold Coast as the 21st Commonwealth Games get underway and Carrara will be at the heart of the activity," said Gold Coast 2018 chairman Peter Beattie.

"This precinct will be a hive of activity over the coming months as Cockram transform the venue from an AFL facility into an international standard athletics facility.

"I welcome Cockram to the Gold Coast 2018 sponsor family and look forward to the next stage of Gold Coast 2018's delivery programme which will see us take possession of the venues and commence our overlay operations across the competition venues."

The first major athletics event to be held at the stadium will be the Australian Athletics Championships, which will take place from February 15 to 18 as the countdown continues to the Games.

The event will be a key operational trial for Gold Coast 2018, with Games staff due to help with delivery and operations at the Championships.

Gold Coast 2018 chief executive Mark Peters claimed the venue was key to the city being awarded the Games and thanked the support of the Gold Coast Suns and Stadiums Queensland.

"Having this great venue here was crucial to the Gold Coast winning the Games," he said.

"To see what this precinct has now become with the completion of the Carrara Sports and Leisure Centre and the adjoining sports infrastructure presents tremendous opportunity for the Gold Coast into the future.

"I acknowledge the support of the AFL, Gold Coast Suns and Stadiums Queensland for all their work behind the scenes supporting the delivery of Gold Coast 2018.

"An event the size of Gold Coast 2018 presents many challenges but working through these matters in a professional manner has been of great assistance to my team."

Malcolm Batten, managing director of Cockram Construction, said the company were delighted to be involved in the project.

Batten, who won gold at the Edinburgh 1986 Commonwealth Games in rowing, added that they have engaged with numerous local companies who will work with them.

"The competitive spirit and pursuit of excellence that the Commonwealth Games generates aligns with our high performance values and culture as a business," he said.

"We understand the importance of ensuring that the local community benefits from construction projects in the area.

"Over 80 per cent of the subcontractors and suppliers we have engaged on the project are from the Gold Coast area and we are thrilled to be building relationships with some great local businesses.

"We have recently delivered projects for the Melbourne Cricket Club and the Western Australian Institute of Sport and are looking forward to safely delivering an outstanding project for Gold Coast 2018 and the Gold Coast community."

The Gold Coast 2018 Commonwealth Games will take place from April 4 to 15 next year.