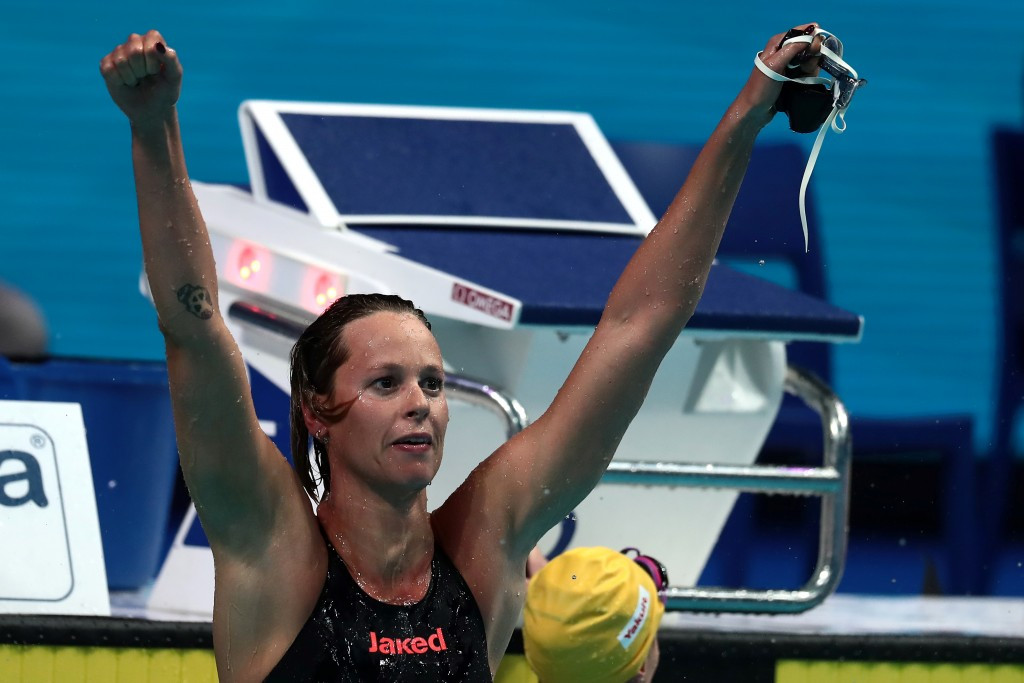 It came on another pulsating day of racing at the Duna Area which also saw a surprise defeat to an Italian rival for another of the biggest names in the sport in Sun Yang of China.

But there was no no doubt which was the most eagerly anticipated final of the night as 2009 and 2011 champion Pellegrini locked horns with Olympic gold medallist Ledecky in a race also including home favourite Katinka Hosszú.

McKeon at one stage looked like she could hold on before Pellegrini romped through to claim a remarkable seventh consecutive medal in the event.

Hosszú finished seventh with a time of 1:56.35 in an event she rarely races in.

Sun then suffered an equally surprising loss as he could only finish fifth in the 800m freestyle.

The 200 and 400m champion and three-time defending 800m winner was outclassed in the new Olympic event as Gabriele Detti touched first in 7:40.77.

Poland's Wojciech Wojdak took silver in 7:41.73 as Gregorio Paltrinieri joined his fellow Italian on the podium in 7:42.44.

There was no doubting the winner of the men's 50m breaststroke as British superstar Adam Peaty repeated his 100m success.

The only surprise was that he did not break the world record of 25.95 set in the semi-finals.

The 22-year-old had to be content with the second fastest time in history, of 25.99, as Joao Gomes Junior of Brazil touched second in 26.52.

They set their second world record of the day to claim gold in 3:38.56.