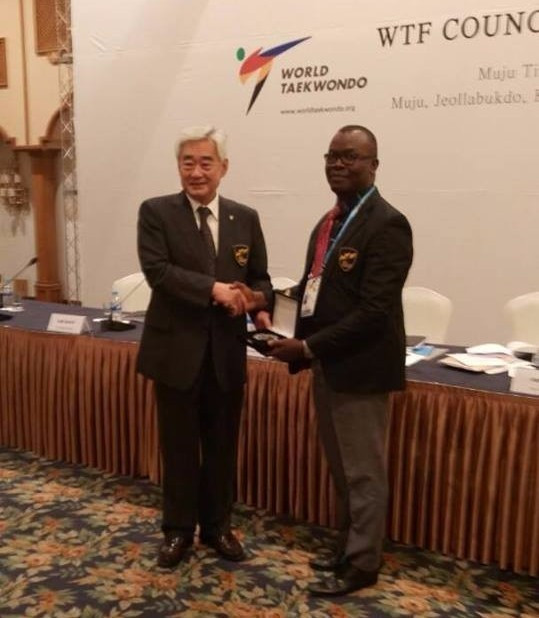 Jonathan Nnaji, the former President of the Nigeria Taekwondo Federation (NTF), has seen his work within the sport honoured by its world governing body.

Nnaji was handed his prize for his contributions as a World Taekwondo Federation (WTF) council member by the organisation's President Chungwon Choue.

He was presented with his award at the World Taekwondo Championships in Muju in South Korea.

Nnaji was NTF President when Nigeria won its sole Olympic medal in the sport at Beijing 2008.

Chika Chukwumerije claimed a bronze in the over-80 kilograms category in the Chinese capital.

Nnaji also led his country in qualifying for London 2012 and currently serves on the board of the NTF.

He also recently gave his full support to Margaret Binga, who was elected President of the NTA last month.

“Chief Nnaji has done well to put Nigeria on the political map of the Africa Taekwondo Union and World Taekwondo Federation," Binga said according to Nigeria Today.

"He is a very valuable asset to the country and we will work hard to ensure that his relationship with the International bodies generates benefits for Nigeria Taekwondo."

Binga is the first female President of a Nigerian Federation, but was elected in controversial circumstances.

The former African champion was elected unopposed following the disqualification of incumbent George Ashiru by the Electoral Committee.

Ashiru was reported as saying by The Nation that the election was "not free, not fair and not credible".