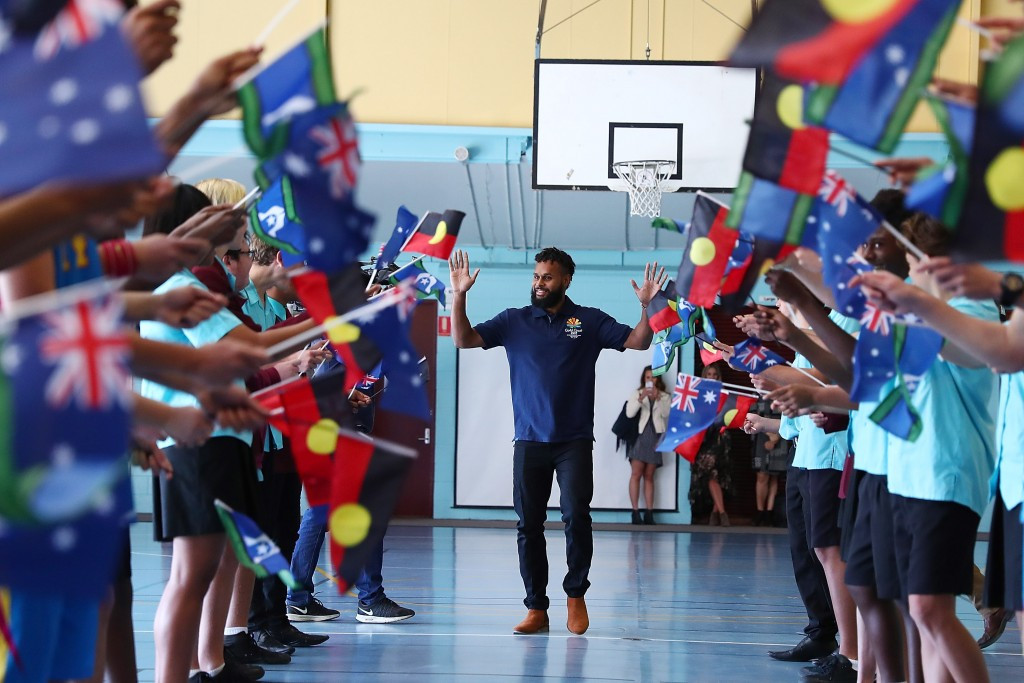 National Basketball Association (NBA) player Patty Mills has been announced as the seventh ambassador for the Gold Coast 2018 Commonwealth Games.

Mills currently plays for the San Antonio Spurs and was a member of their NBA championship winning team in 2014.

He was the second Australian player of indigenous descent to play in the NBA and has represented the Australian national team at the last three Olympic Games.

He will now help to assist Gold Coast 2018 with their promotion of next year’s Commonwealth Games, which will take place from April 4 to 15.

Basketball has returned to the Games for the first time since Melbourne 2006 and Australia will hope for success from their men’s and women’s teams, the Boomers and Opals.

"It’s an honour to join an inspiring and talented group of Australian athletes as an official ambassador for the Gold Coast 2018 Commonwealth Games,” said Mills.

“Whilst NBA commitments will keep me from competing at Gold Coast 2018 this ambassador role allows me to play a part and share the passion and excitement of these Games on a global stage.

“I’m a proud indigenous Australian and I’m excited to spread the word about the Commonwealth Games being in my home country and the return of basketball for the first time since Melbourne 2006.

“Australia’s interest in basketball has grown, especially with a number of Boomers plying their trade in the NBA and our Opals in the Women’s National Basketball Association.

“It’s exciting that Cairns and Townsville will get to share in this major moment for Australian sport by hosting the preliminary rounds of the men’s and women’s basketball competitions.”

Organisers stated that Mills acts as an inspiration for many young Australians, due to being one of nation’s best basketball exports and a leader within indigenous communities across the country.

“Patty is a world class basketballer, a champion on and off the court and is proud to tell the story of his family and Australia to the world,” said Beattie.

“He is the perfect person to share the values of the Commonwealth Games movement and reinforce our Reconciliation Action Plan objectives.

“He has a massive following and is a great addition to the ambassador family already spreading the Gold Coast 2018 Commonwealth Games message to Australia and the world.

“He has become an inspiration for young Australians and is a leader in Indigenous communities around the country.”

As part of his ambassador role, Mills will tour far north Queensland in early August, including stops in Cairns and Townsville, which will host preliminary rounds of competition.

Mills was presented with a commemorative surfboard, a keepsake of the Gold Coast lifestyle.