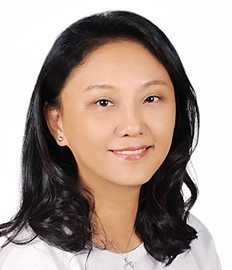 Scott Neiss of Israel and Wales' Storm Trentham also received awards, which were presented on the pitch at half-time of the Women's Lacrosse World Cup gold medal match in Guildford.

The awards are given annually to those who have made outstanding efforts in promoting the sport of lacrosse around the world.

Evans received the prize for her efforts to develop female lacrosse players in New Zealand, despite an ongoing shortage of coaches, umpires and volunteers.

Alongside her compatriot Philippa Cowper, Evans worked on developing a team of 15 players and three coaches for the Under-19 World Championships in 2007.

New Zealand have now competed at three straight editions of the event, placing fifth at the 2015 tournament in Edinburgh.

"Jess is recognised as the pioneer of women’s youth lacrosse development in New Zealand and she has become a leader in developing the sport across the entire Oceania region," said Bob DeMarco, the FIL's director of development.

Lin was honoured for her work developing the Taiwan Lacrosse Federation, with the number of athletes in three provinces rising from zero to 100 since it was founded in 2014.

An annual inter-school championship was also established by the federation, while a focus has been placed on the education of athletes.

Neiss was also recognised for his efforts in developing a federation, after he co-founded the Israel Lacrosse Association in 2010.

The organisation has since worked to become a full member of the FIL, with the country competing in every FIL or European Lacrosse Federation event since its establishment.

The FIL also rewarded Trentham for her efforts to develop lacrosse in both Britain and Kenya, with the former Welsh international leading university teams to success in the UK.

In her latest role as Kenyan head coach, Trentham is aiming to help the nation qualify for the 2019 Under-19 World Championships.

Trentham has also expressed her desire to help lacrosse become an Olympic sport.

The United States secured their third consecutive women's world title with a 10-5 victory against Canada in the final in Guildford.

The match was played at the Surrey Sports Park in the English town on Saturday (July 22).